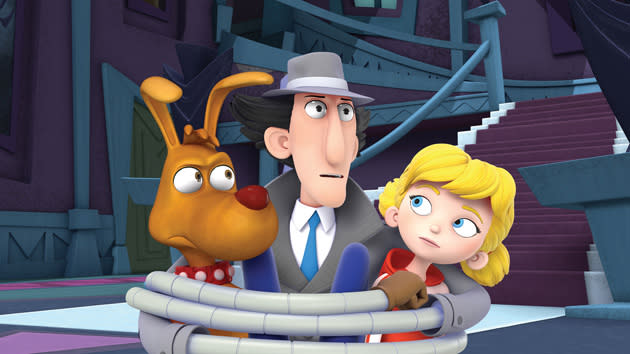 Netflix isn't slowing down its efforts to win your kids' attention... if anything, it's ramping things up. The streaming service just unveiled five child-friendly shows that will arrive over the course of the next year. The first is a big one -- Netflix will offer a 26-episode reboot of Inspector Gadget. You'll get to revisit the adventures of the half-machine cop starting in March in the US, with other countries coming later. You'll have to be more patient for the rest. The Playmobil-based animated series Super 4 shows up next, in April. The live action series Some Assembly Required is due this summer, while both Bottersnikes & Gumbles (a "community comedy") and a revival of the spy parody Danger Mouse are arriving in spring 2016. The odds are that the remakes won't quite live up to what you remember, but they may well keep your little ones entertained on that next big vacation.

In this article: children, dangermouse, hdpostcross, inspectorgadget, kids, netflix, streaming, television, tv
All products recommended by Engadget are selected by our editorial team, independent of our parent company. Some of our stories include affiliate links. If you buy something through one of these links, we may earn an affiliate commission.