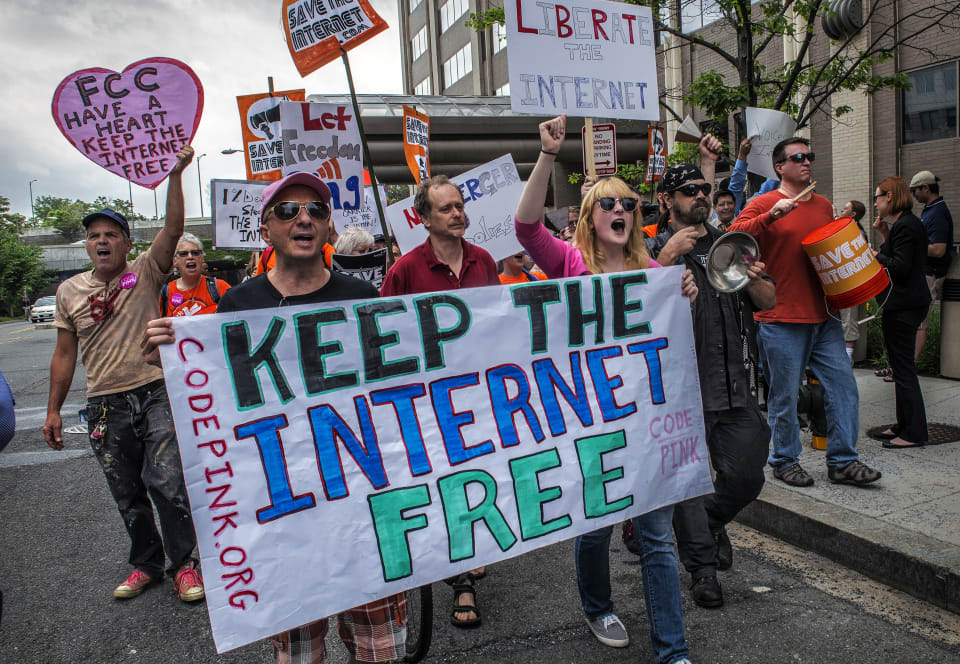 It's a good day for proponents of an open internet: The Federal Communications Commission just approved its long-awaited network neutrality plan, which reclassifies broadband internet as a Title II public utility and gives the agency more regulatory power in the process. And unlike the FCC's last stab at net neutrality in 2010, today's new rules also apply to mobile broadband. FCC Chairman Tom Wheeler laid out the basic gist of the plan earlier this month -- it'll ban things like paid prioritization, a tactic some ISPs used to get additional fees from bandwidth-heavy companies like Netflix, as well as the slowdown of "lawful content." But now Wheeler's vision is more than just rhetoric; it's something the FCC can actively enforce. 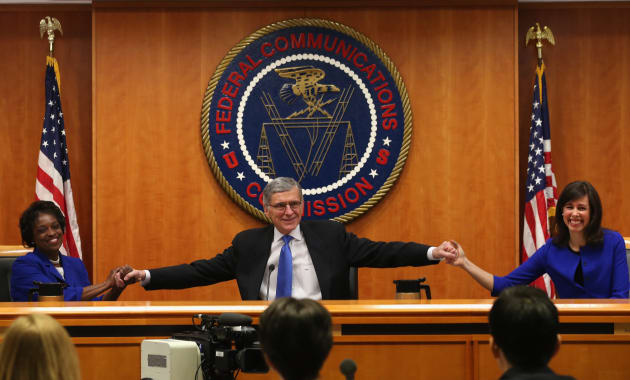 "It [the internet] is our printing press; it is our town square; it is our individual soap box and our shared platform for opportunity," said FCC Commissioner Jessica Rosenworcel during today's open commission meeting. "That is why open internet policies matter. That is why I support network neutrality."

Don't expect the net neutrality drama to end here, though. Verizon has already made vague threats about suing the agency if it went through the public utility route, and Wheeler expects other lawsuits as well. Verizon's last legal action against the FCC led an appeals court to strike down its earlier (but far weaker) open internet rules on jurisdictional grounds. That's what ultimately pushed the agency to reclassify broadband -- now that it's viewed as a utility like telephone service, the FCC is free to make stronger regulatory decisions. The agency is aiming to alleviate fears of overregulation through forbearance, a process that lets it legally ignore certain regulations that other public utilities have to deal with. That includes things like limiting rates and unbundling, which lets companies take advantage of equipment and services from competitors.

If you've been following the net neutrality debate over the past few years, you wouldn't be blamed for getting discouraged. Verizon's legal victory over the FCC last year made it seem like the big companies -- who would benefit the most from lax internet regulations -- had pretty much won the war for the web. But, it turns out, that defeat actually helped spark an unprecedented amount of grassroots activism on the web from groups like Fight for the Future, which got more than 4 million consumers to write into the FCC in support of net neutrality. Companies like Twitter, Reddit and Netflix -- whose businesses rely on unobstructed access to web users -- also did their part to lobby for an open web. All of that led to President Barack Obama announcing his support for Title II broadband reclassification last fall, which put the FCC in a pretty awkward spot.

In his Wired editorial, Wheeler pointed out that he was previously relying on "commercial reasonableness," a concept brought up in the Telecommunications Act of 1996, to keep the internet open. He ended up changing his mind, however, when he realized that line of thought could end up protecting companies more than consumers. But, far more likely, Wheeler changed his stance as the tide turned in favor of regulating broadband as a utility.

When it comes to the new mobile broadband rules, Commissioner Mignon Clyburn framed it as something that will help ensure equality: "We know many low-income Americans rely heavily on their mobile device, and some rely heavily on that mobile phone as their only access to the internet," she said. "They need, they deserve, a robust experience on par with their wired peers."

Television writer and producer Veena Sud, whose series The Killing was saved from cancellation by Netflix twice, laid out the artistic justification for net neutrality:

What the open internet means for creativity, innovation and diversity points is by no means limited to my own experience. Series like Orange is the New Black and Transparent are giving voice to worlds and people and experiences never before seen on the small screen.

Sud also mentioned an intriguing data point about web content: Around 40 percent of online comedies and dramas are backed by women, compared to just 20 percent on traditional television.

So what's next? You can expect plenty of chest thumping from Republicans, libertarians and large telecoms against the new rules. FCC Commissioner Ajit Pai also railed against the agency's decision as intrusive government regulation. He was skeptical that the FCC will stick with its forbearance plan, and he warned that the open internet rules will also lead to slower broadband speeds and more taxes. Expect to hear those talking points repeatedly throughout the rest of the year.

In this article: FCC, government, net neutrality, netneutrality, open internet, regulation
All products recommended by Engadget are selected by our editorial team, independent of our parent company. Some of our stories include affiliate links. If you buy something through one of these links, we may earn an affiliate commission.