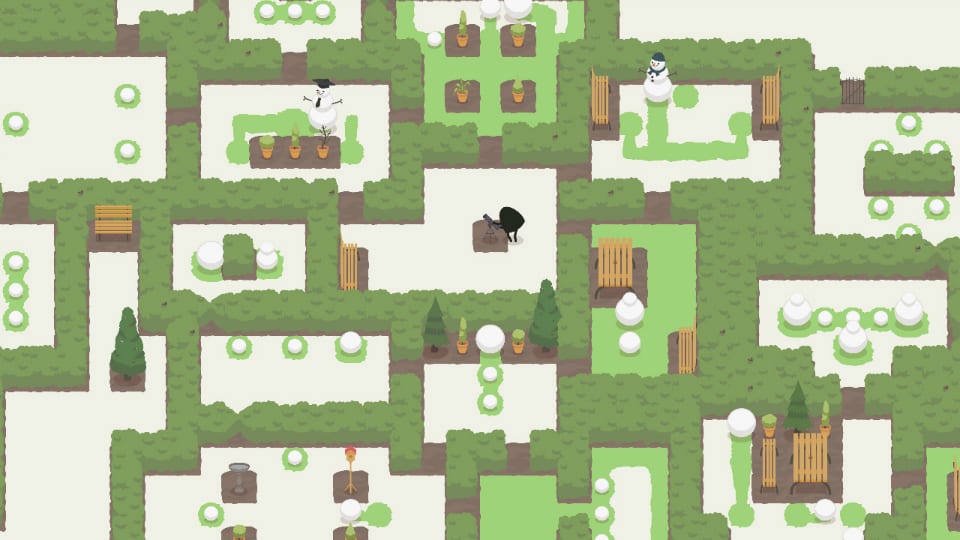 Finally, a game where the pricing structure is as clever as its mechanics. A Good Snowman is Hard to Build is an adorable puzzle game about a monster trying to make snowmen, from established puzzle-game designer Alan Hazelden, co-creator Benjamin Davis and composer Ryan Roth. It's charming, cute and surprisingly complex, and it's available for $8 right now, though that number will probably change tomorrow. You see, the game's price directly reflects the celsius temperature in London, Hazelden's and Davis' home base, from now through March 10. After such a rough winter for many people, A Good Snowman is Hard to Build offers a cool reason to be thankful for chilly temperatures.

Gallery: A Good Snowman is Hard to Build | 9 Photos

The temperature-based pricing model isn't a response to the buckets of snow and freezing wind ransacking parts of the world at the moment -- the idea is about as old as the game itself, Hazelden tells me. He and Davis dreamed up A Good Snowman is Hard to Build more than a year ago, while sitting in a cafe just before Christmas. They had both just finished big projects and wanted to make something festive. Hazelden doesn't recall exactly where the pricing structure came from (he even asked Twitter to help him remember), but he says, "The first record of 'pay what the temperature is' in my email is over a year ago, so the idea was there from almost the beginning."

We were right, it is colder today! It's 8°C, so my guide to building snowmen is $8 today. http://t.co/AijAZGnmMN pic.twitter.com/sEiweqlA6u

Wherever it came from, the model is creative and fun, much like A Good Snowman is Hard to Build. Hazelden is a pro at crafting rich puzzle games, following the acclaimed launch of his minimalist, chemistry-based puzzler, Sokobond, in 2013.

"The most difficult part of making A Good Snowman was very different to the most difficult part of previous games like Sokobond -- it was just taking the time to flesh out the world, create different interaction animations for everything, make all the snowmen unique, etcetera," he says. "Also, the hidden achievements came together at the very last minute, but I don't want to talk too much about that."

Secrets, secrets. Those opposed to creativity and fun, or temperature-based pricing models in general, can always buy A Good Snowman is Hard to Build on Steam for PC, Mac and Linux -- it's a fixed $12 there, but it's on sale for $9.60 now through March 4. The game will make its way to mobile, eventually, but Hazelden says he and Davis aren't going to rush it. He gives it six to nine months. "It would be nice to have the game out by next winter," he says. If this pricing structure sticks around for the mobile launch, winter sounds good to us, too.

In this article: AGoodSnowmanIsHardToBuild, cold, hdpostcross, Indie, sokobond, weather, winter
All products recommended by Engadget are selected by our editorial team, independent of our parent company. Some of our stories include affiliate links. If you buy something through one of these links, we may earn an affiliate commission.