Alcatel doubles down on cheap-good phones with two new Idols 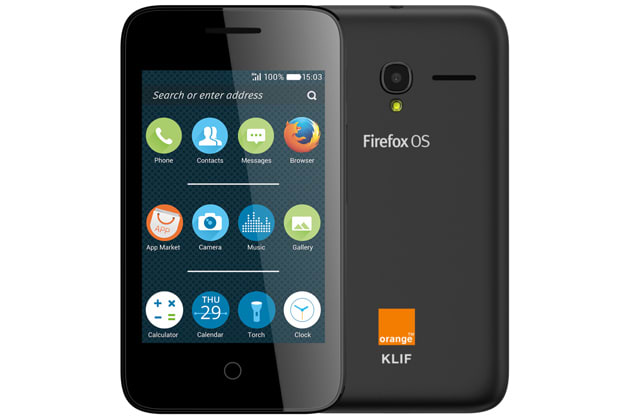 Mozilla has always positioned Firefox OS as an alternative platform for entry-level smartphones, but now it's targeting the feature phone market too. At Mobile World Congress, the company announced a new partnership with LG and carriers Verizon, Telefónica, KDDI and U+ to create a fresh range of flip-phones, sliders and touchscreen "slate" handsets. Firefox OS will look a little different on these devices -- Mozilla says the group is developing a "more intuitive and easy-to-use" software experience for their planned launch in 2016. It promises to balance the simplicity of feature phones with basic smartphone functionality, such as email, web browsing and music playback.

Firefox OS devices are already available in a ton of emerging markets, but Mozilla clearly isn't content with its global presence just yet. The non-profit has signed a deal with Orange which will take its web-centric smartphones into 13 new markets across Africa and the Middle East: Egypt, Senegal, Tunisia, Cameroon, Botswana, Madagascar, Mali, the Ivory Coast, Jordan, Niger, Kenya, Mauritius and Vanuatu. The move will bring the grand total for Firefox OS up to 40 regions and 17 different handsets within the next 12 months.

Remember how Mozilla was working on a $25 Firefox OS smartphone? We're yet to see a consumer device with that super-affordable price tag, but Alcatel OneTouch has managed to get awfully close. The company is debuting a new phone today called the Klif, which Orange will sell exclusively for $40 with special data, voice and text bundles. If the design looks familiar, there's a reason for that: the Klif is actually a rebranded Pixi 3, which can be bought with Android, Windows Phone or Firefox OS pre-installed.

Mozilla has never released sales figures for its Firefox OS platform, so it's difficult to gauge how well it's faring against the growing armada of low-end Android devices, as well as Microsoft's Asha line-up and other feature phone remnants. The company is clearly committed in the near-term, though, as it's also teasing Firefox OS updates today that will add multi-core processor support, new privacy features and NFC-enabled payments.

The decision to develop Firefox OS flip-phones and sliders is certainly unexpected, but there's a method to the madness: in a world of near-identical touchscreen smartphones, a reimagining of older form factors could help Mozilla stand out from the competition.

Source: Mozilla
In this article: AlcatelOnetouch, feature phone, Firefox OS, FirefoxOs, flipphone, mobilepostcross, Mozilla, mwc2015, slider
All products recommended by Engadget are selected by our editorial team, independent of our parent company. Some of our stories include affiliate links. If you buy something through one of these links, we may earn an affiliate commission.