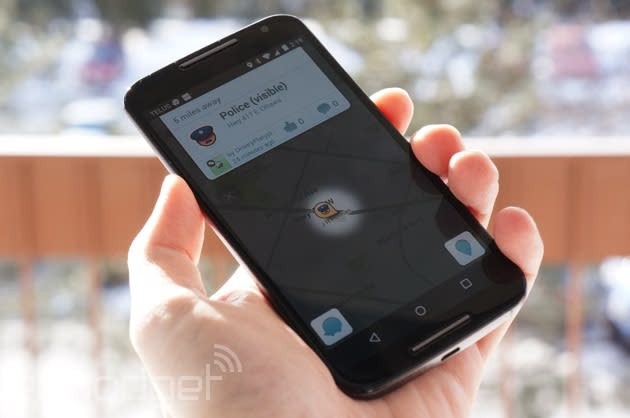 Next time you buy an Android phone, you just might find Waze among its pre-installed apps. See, it's now part of Google Mobile Services, or what you call the list of Android apps that manufacturers and carriers can install before shipping devices out to buyers. If you recall, Mountain View snapped up the navigation app back in 2013, and it remained separate from Google Maps. In Google's and Waze's announcement at the Mobile World Congress, spokesperson Julie Mossler wrote: "If a leading telecom pre-installs Waze in his handsets, a large percentage of the population would immediately have access to blocked roads, dangerous intersections traffic and more in real time."

It sounds like a plan to get more people to use Waze, but it still depends on whether carriers and OEMs decide to pre-load it on their phones or tablets. You can, of course, always just download it on your own, in case you end up getting all the typical useless bloatware instead.

Don't miss out on all the latest news, photos and liveblogs from MWC 2015, follow along at our events page.

In this article: android, google, mobilepostcross, mwc2015, Waze
All products recommended by Engadget are selected by our editorial team, independent of our parent company. Some of our stories include affiliate links. If you buy something through one of these links, we may earn an affiliate commission.