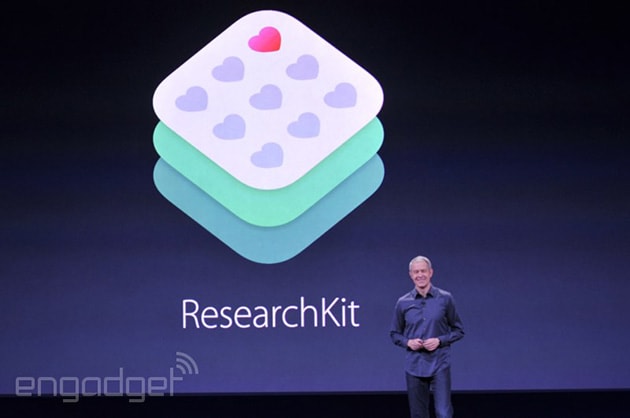 Apple's taking another step in its ongoing effort to make its iDevices more friendly to medical professionals. "ResearchKit" was introduced this morning in a San Francisco event by Senior VP of operations Jeff Williams; he calls it, "a software framework made specifically for medical research." More specifically, ResearchKit is a solution for making iOS devices with HealthKit into "powerful tools for diagnosis." The long and short is ResearchKit is intended to make medical diagnosis apps easier to create by medical professionals. A handful of apps were shown off that help with diagnosis of a range of conditions, from Parkinson's to breast cancer. The data collected by these apps, which Apple says it won't see and you can opt out of sharing, can be used for enormous research projects. 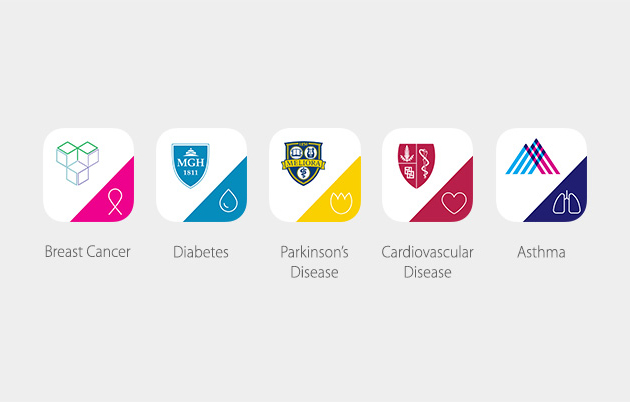 Apple's already working with a handful of high-profile research institutions, including the University of Rochester and Sage Bionetworks (among others). Testimonials given in a video shown at the event highlight the power of Apple's platform -- 700 million iPhones have been sold, Apple CEO Tim Cook says -- which research institutions can leverage for data. Even if only a small fraction of Apple's enormous userbase opts in, the potential is tremendous.

"'Methods for medical research haven't really changed in decades,' one researcher says. Another said that after sending out 60,000 letters in the mail, they might only get back 305 responses."

ResearchKit launches in the coming month, and a handful of apps will be available starting today. These apps focus on breast cancer, diabetes, Parkinson's disease, cardiovascular disease and asthma. Further cementing Apple's dedication to the software toolkit acting as a public service, ResearchKit is open-source software.

In this article: apple, applewatchevent2015, medical, mobilepostcross, research, researchkit
All products recommended by Engadget are selected by our editorial team, independent of our parent company. Some of our stories include affiliate links. If you buy something through one of these links, we may earn an affiliate commission.