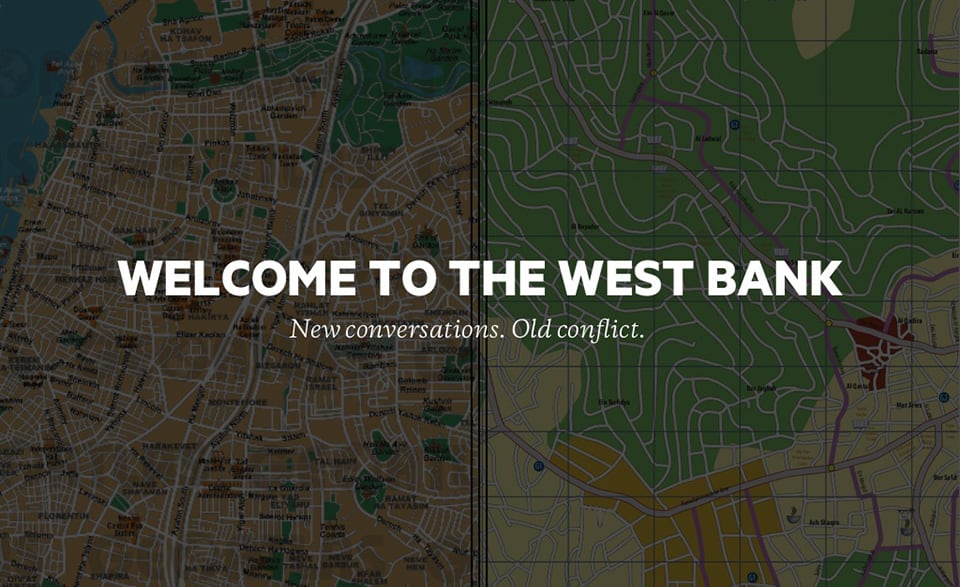 Navit Keren grew up in Israel. She's lived through the signing of historic peace treaties, and horrific terrorist attacks. Just as important though, she's witness to the dramatic deterioration of the relationship between Israelis and Palestinians. The biggest problem she sees, is a lack of empathy. Those living on the other side of the divide are not people, but enemies. "Others" to be feared and hated. Her effort to bridge the gap between the two sides is a pretty novel one: a location-based game. Welcome to the West Bank is merely a working title, but it gets right to the heart of the game. Israeli citizens, primarily teenagers, would play as Palestinian teenagers living in the West Bank. Basically she's asking people to walk a mile in someone else's virtual shoes. 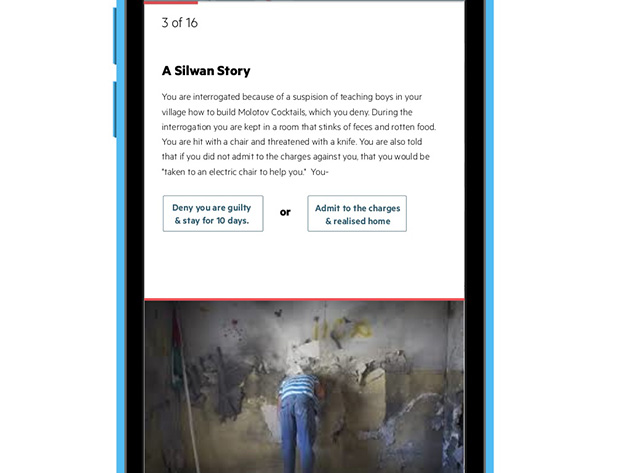 Right now, there is no prototype, only screen mockups and ideas about game mechanics. The most important part is creating a "sincere and appealing narrative" that will help someone understand the experience of being on the other side of this seemingly intractable conflict. A lot of that means lifting directly from the personal stories of Palestinian youth. As you move through the world you're offered information about the city you're virtually visiting, landmarks and historical figures. But eventually you'll be presented with a choice. Like this passage ripped straight from one Palestinian teen's personal experience:

You are interrogated because of a suspicion of teaching boys in your village how to build Molotov Cocktails, which you deny. During the interrogation you are kept in a room that stinks of feces and rotten food. You are hit with a chair and threatened with a knife. You are also told that if you did not admit to the charges against you that you would be "taken to an electric chair to help you."

You've already been held for 30 days, and your options are falsely confess and be released, or deny the charges and be held for 10 more days. And your choice will impact future events. If you admit guilt you'll be placed under house arrest, be unable to attend school and therefore won't graduate. 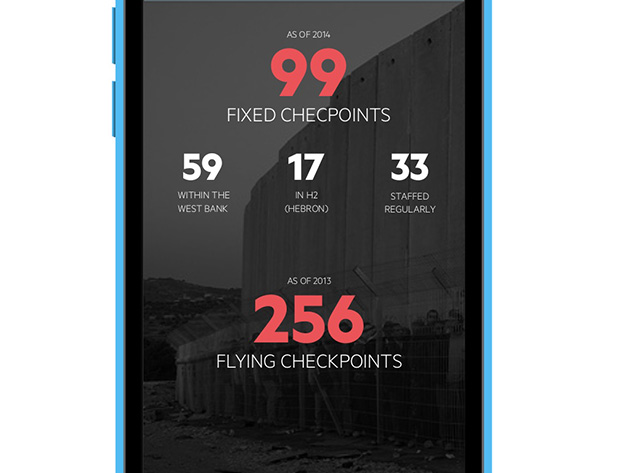 While these tales ripped from the newspaper are certainly compelling, Keren views cold hard data as the key component. She sees Welcome to the West Bank as a way to tell story of numbers. A count of the checkpoints in the tiny, Delaware-sized West Bank may be alarming, but a number on a page doesn't necessarily illicit an strong emotional response. Instead that number has to be part of bigger story and its direct impact on daily life told through a narrative you can become absorbed in. So as players wander through these very real cities in the virtual world they'll have to pass through checkpoints, and experience the impact it has on daily life.

Keren is very open in asking for feedback and suggestions. After all, she's a designer at the firm Huge, not a game developer. And she doesn't subscribe to what she calls "magical thinking" -- she has no illusions about single-handedly bringing peace to the Middle East through a mobile game. But she does see it as a valuable educational tool that can spark dialog and perhaps humanize people who are increasingly spoken of in dehumanizing terms

In this article: activism, art, education, Israel, location-based, MiddleEast, mobilepostcross, Navit Keren, Palestine, sxsw2015
All products recommended by Engadget are selected by our editorial team, independent of our parent company. Some of our stories include affiliate links. If you buy something through one of these links, we may earn an affiliate commission.