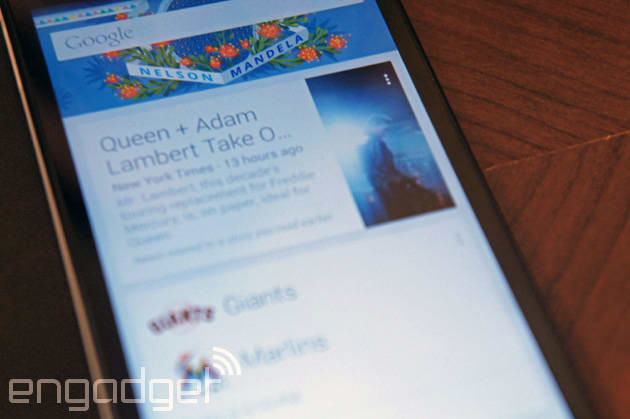 Google Now only displays useful tidbits of knowledge from a handful of your apps right now, but the flood gates are about to fling wide open. Project director Aparna Chennapragada has revealed that Google plans to release a developer kit that lets any of your apps put their data into Now, not just those with special access. It's not clear exactly when this will turn up, but Chennapragada suggests that there shouldn't be collisions between competing software -- your app usage habits will determine which cards appear. While that may be a tad optimistic (it's easy to see two social networks vying for your attention), there's a good chance that Google Now will become a one-stop shop for things you need to know.

Source: The Next Web
In this article: android, api, developer, google, googlenow, internet, mobilepostcross, sxsw, sxsw2015
All products recommended by Engadget are selected by our editorial team, independent of our parent company. Some of our stories include affiliate links. If you buy something through one of these links, we may earn an affiliate commission.