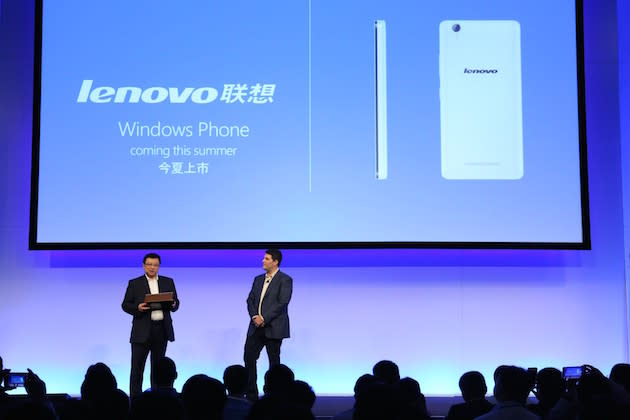 Like a dozing teenager promising to take out the trash, Lenovo's been pledging to build a Windows Phone handset since November 2011. Microsoft, like a patient parent trying to motivate its offspring, has now tried to inspire its partner by giving Lenovo a very public deadline. In a post on the Microsoft Blog, Terry Myerson has revealed that Lenovo will launch its first Windows Phone handset by the mid-year of 2015. The one-line announcement was buried deep in a story about Windows 10 upgrades, but there's a sting in the tail for expectant westerners. Unfortunately, the devices will only be available on China Mobile, but we can always hope that Motorola might see what its new owner is doing and take the hint.

In this article: lenovo, microsoft, mobilepostcross, Phone, TerryMyerson, Windows, WindowsPhone
All products recommended by Engadget are selected by our editorial team, independent of our parent company. Some of our stories include affiliate links. If you buy something through one of these links, we may earn an affiliate commission.