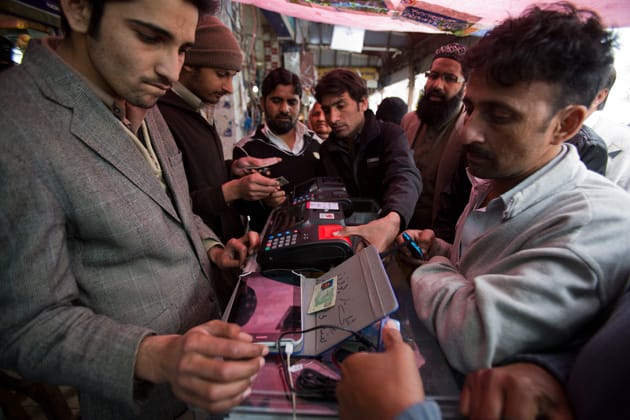 Pakistan is determined to prevent terrorists from using untraceable cellphone accounts to coordinate attacks like that in Peshawar, even if it means eroding civil liberties in the process. The country has ordered cellphone users to have their SIM cards verified through fingerprints, theoretically discouraging extremists from relying on local carriers to communicate or trigger bombs. People have until April 13th (carriers have to comply by April 15th) to get their digits on the record if they want to keep their cell service intact.

It's questionable as to whether or not the sacrifices will be worthwhile. Terrorists may simply turn to SIM cards from other countries and roam on Pakistani networks when necessary; in fact, people living near the Afghanistan border are already more likely to have foreign service. Also, the sheer scale of the fingerprint program could leave many upstanding people in the lurch. There are roughly 50 million SIM cards that haven't been registered so far, many of them in rural areas where participation is difficult. And even if Pakistan makes the deadline, that's not exactly a resounding victory -- it still means that tens of millions of residents are losing some of the freedom that comes with anonymity.

Source: Washington Post, BBC
Coverage: International Business Times
In this article: anonymity, cellphone, fingerprint, mobilepostcross, pakistan, privacy, registration, sim, simcard, smartphone, terrorism
All products recommended by Engadget are selected by our editorial team, independent of our parent company. Some of our stories include affiliate links. If you buy something through one of these links, we may earn an affiliate commission.