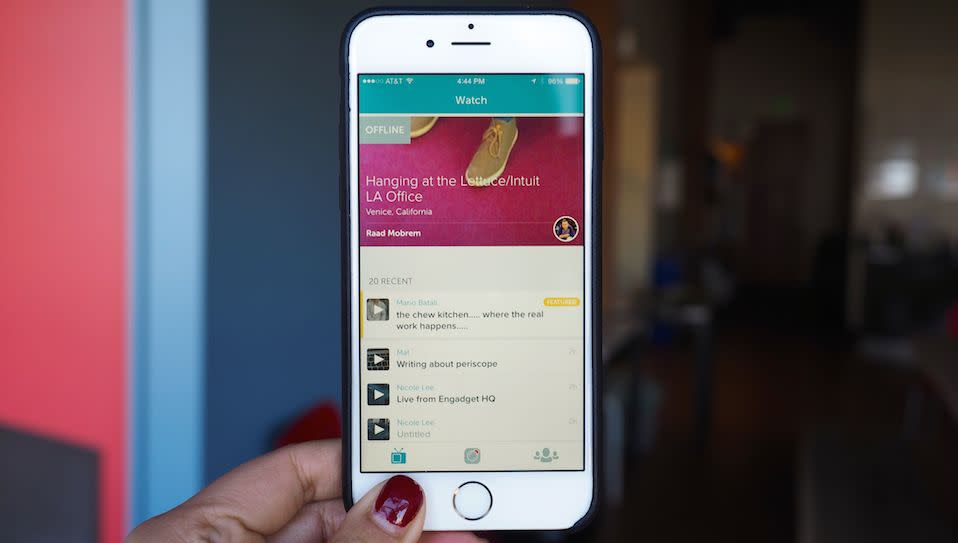 The age of ubiquitous livestreaming is upon us. I say this not only because of the sudden popularity of Meerkat, the mobile livestreaming app that now boasts over 100,000 users and celebrity aficionados like Jimmy Fallon and Madonna. No, it's because Meerkat now has a rival. A very big rival, in the form of Twitter. Today, the social media company has taken the wrapper off Periscope, its very own livestreaming app that it acquired only a couple of weeks ago. Indeed, it was this very purchase that caused Twitter to cut Meerkat from its social graph, a move that makes it a lot harder for those on Meerkat to find folks to follow. Periscope, on the other hand, won't have the same problem -- it automatically suggests people you follow on Twitter when you sign up. That's certainly a significant advantage, but the app needs to be good, too, if it wants to unseat Meerkat. So, is it? In this article: livestreaming, meerkat, periscope, SocialNetworking, twitter
All products recommended by Engadget are selected by our editorial team, independent of our parent company. Some of our stories include affiliate links. If you buy something through one of these links, we may earn an affiliate commission.