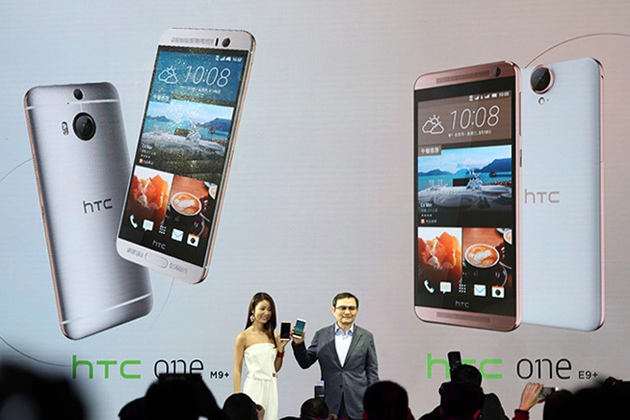 HTC clearly gets China's obsession with large-screen phones. Following the plastic 5.5-inch One E9+, the company is back with the metallic M9+ which, as you can tell from the name, is essentially the M9 on steroids. We've already seen most of the specs in an earlier leak, with the most notable changes being the sharper and slightly larger 5.2-inch Quad HD display, the extra Duo Camera as seen on the back of the M8 and the new single-touch fingerprint reader below the screen. The device is otherwise very similar to its smaller sibling, appearance-wise.

The M9+ is actually the first smartphone to feature MediaTek's premium Helio chipset, which packs a 2.2GHz 64-bit octa-core processor (MT6795T). The phone also has 3GB of RAM, the same bright UltraPixel front-facing camera, and the same 20-megapixel main camera but in the shape of a prettier circle instead of a squircle. As mentioned, the latter imager is enhanced with the Duo Camera, which can bring you extra bokeh plus 3D effects at your disposal in the photo editing tool.

The more interesting addition is the fingerprint reader below the screen, which lets you quickly unlock the phone as well as making payments. While this is a non-clickable sensor (read: not a home button), it's unfortunately shaped like the home buttons on earlier Samsung devices. Some readers have also expressed that they don't like the way this sensor splits the lower speaker grill into two.

Other bits include a 2,840 mAh integrated battery, the usual BoomSound front-facing stereo speakers and support for the phone's very own Dot View case. 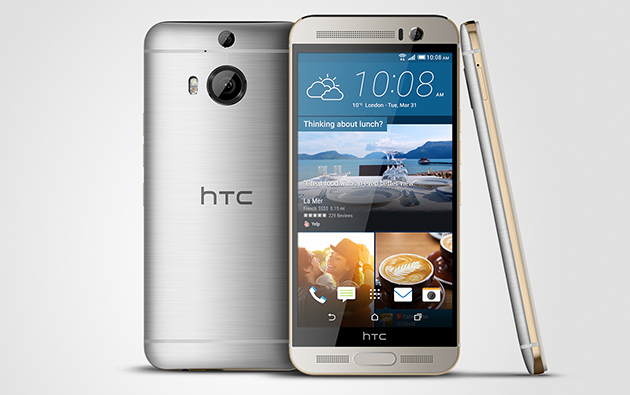 Annoyingly, HTC didn't share any date nor price (which is what we're really keen to find out), but we do wonder how well this model will do compared to its lesser sibling, especially given that this is the first high-profile flagship device to pack a MediaTek chipset, whereas the M9 touts the more familiar Qualcomm Snapdragon series.

Update: HTC has reached out to say that it doesn't plan on bringing the M9+ to North America nor Europe. But hey, you can always tweet at Cher Wang if you really want this beast of a phone. Here's the full statement:

HTC is excited to bring the HTC One M9+ to customers in China, where we have worked closely with mobile operators to create a phone with the right balance of screen size, processor performance, software, and radio network compatibility to meet consumers' needs. Ranging in other markets will be confirmed locally at a later date. The One M9+ is not currently planned to be released in North America or Europe, where we believe our flagship HTC One M9 is the best choice for blazing fast performance, incredible sound, and network compatibility across the broadest range of operators.

Source: HTC (Sina Weibo), HTC
In this article: china, helio, htc, m9 plus, m9plus, mobilepostcross, MT6795T, onem9plus, phablet, phone
All products recommended by Engadget are selected by our editorial team, independent of our parent company. Some of our stories include affiliate links. If you buy something through one of these links, we may earn an affiliate commission.