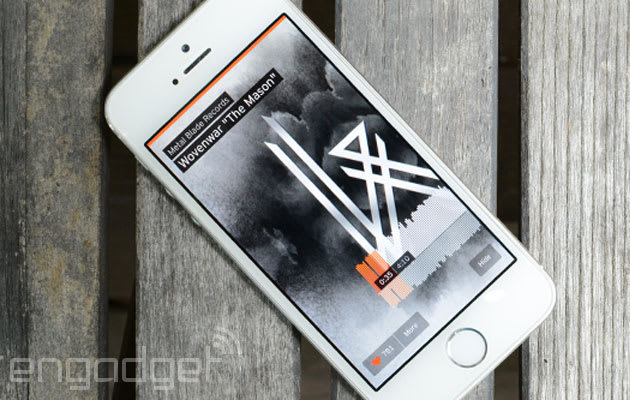 SoundCloud has partnered with rights management company Zefr to identify music owned by major labels uploaded to the streaming service. The partnership announcement is pretty vague, but Zefr co-founder Rich Raddon told Engadget that the deal is currently about sharing data and insights with SoundCloud with a focus on the remixes. Raddon said that these uploaded songs are "highly engaging" and that it's great for the fans, the platform and the media-rights holders. "We started referring to services like SoundCloud as social networks because of the very social act of uploading content," Raddon added. So instead of issuing copyright takedown orders because you sampled Iggy Azalea's Fancy, Zefr will share that information with SoundCloud. Of course in the future the data could result in On SoundCloud ads being placed in or around those audio files. But for now, the two companies seem more interested in giving you a place to upload your remixed versions of Pharrell's Happy than pushing ads.

Via: The Verge
Source: Zefr
In this article: Copyright, SoundCloud, Streaming, Zefr
All products recommended by Engadget are selected by our editorial team, independent of our parent company. Some of our stories include affiliate links. If you buy something through one of these links, we may earn an affiliate commission.