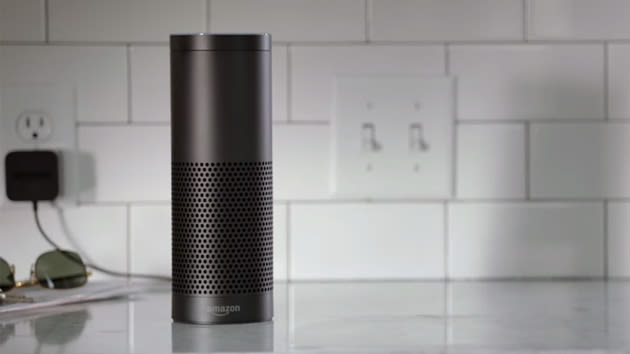 After Amazon gave select developers access to an SDK for its Echo wireless speaker last month, we now have a few examples of what you can do with it. Developer Jeffrey Bachand has built apps allowing Echo to control his smart lights, which are connected to Quirky's Wink hub, as well as his Nest smart thermostat. In the video below, you can see the apps in action. Unfortunately, there's still no way for developers to publish apps to the Echo platform, but you can be sure Amazon will fix that soon once there are more apps lined up. Bachand also notes that the NDA for SDK testers has just ended, which means you can expect to see more Echo apps soon. Amazon added support for Belkin WeMo and Philips Hue devices to the Echo earlier this month, but the addition of third-party developers should dramatically increase the amount of devices it works with.

In this article: amazon, Echo, Nest, Quirky, Wink
All products recommended by Engadget are selected by our editorial team, independent of our parent company. Some of our stories include affiliate links. If you buy something through one of these links, we may earn an affiliate commission.