Google is finally adding virtual backgrounds to Meet for education 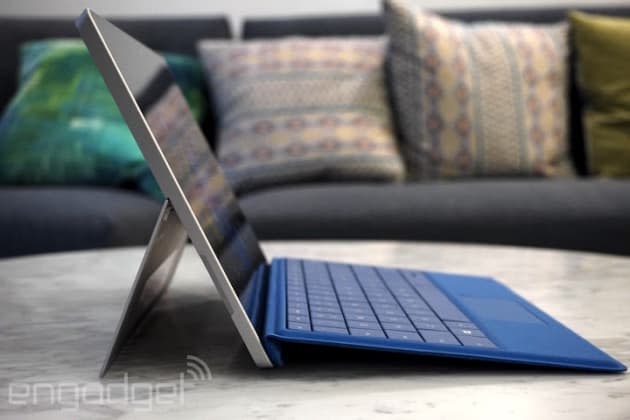 Microsoft is sweetening the pot for schools looking to adopt its new hybrid tablet by giving them a 10 percent discount on the Surface 3, Type Cover and stylus. Normally, they cost $500, $130 and $50, respectively. On top of that, it's also offering a slightly cheaper Surface 3 model with just 32GB of memory and 2GB of RAM (the base Surface 3 has 64GB of storage). We don't yet know the price of that cheaper model, but expect it to be well below the $450 for the newly discounted 64GB Surface 3. Educational discounts aren't anything new -- it's already offering them for the Surface Pro 3, and it's something most other computer makers do -- but Microsoft is clearly trying to position the Surface 3 as an alternative to Chromebooks. Those cheaper Google-powered machines have been a huge hit in schools, thanks to their low prices and easy maintenance, but they can't run all of the software a full-fledged Windows machine can.

In this article: education, microsoft, mobilepostcross, Surface 3
All products recommended by Engadget are selected by our editorial team, independent of our parent company. Some of our stories include affiliate links. If you buy something through one of these links, we may earn an affiliate commission.