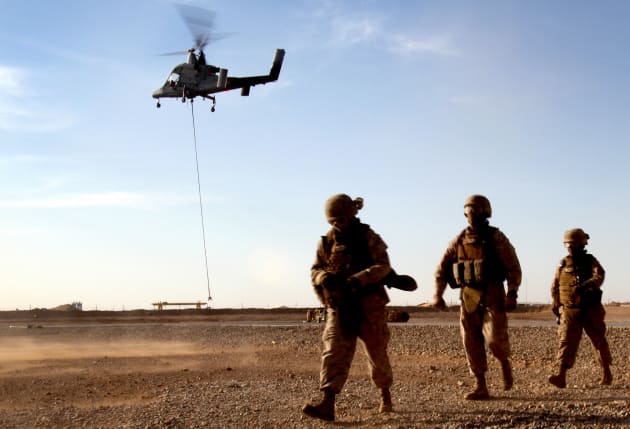 For three years between 2011 and 2014, the unmanned Kamen K-Max 1200 helicopter delivered more than 4.5 million tons of supplies to the most dangerous and far-flung US Forward Operating Bases throughout Afghanistan. It followed that feat up in 2014 by demonstrating its ability to coordinate with other UAVs in forest fire suppression operations. And in March of this year, the semi-autonomous helicopter once again proved that it can integrate operations with land-based drones to locate, identify and evacuate people stranded in desolate areas -- all without putting more lives at risk. 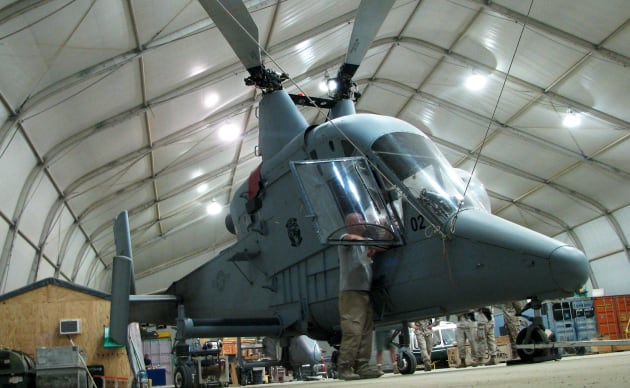 March's demonstration reportedly started with an injured party sending out a distress signal to first responders. But rather climb through rough terrain, they instead send in a remote-controlled ground vehicle to assess the situation as well as the patient. Once the patient has been positively identified, operators on the ground employ a tablet to instruct the K-Max as where to land. After the K-Max has set down, the injured party is belted into a bench on the aircraft's exterior bench seat and flown to safety.

This is primarily being developed as a means of quickly pulling injured military personnel out of combat areas but could just as easily be adapted to similar civilian uses, like extracting injured backwoods hikers. Being strapped to the exterior of a remote controlled helicopter zipping along at 92 MPH may sound like a terrifying method of medical evacuation, but it's certainly better (and faster) than having your buddies carry you out on an impromptu stretcher.

Source: Lockheed Martin
In this article: autonomous, helicopter, k-max, K-Max1200, kamen, LockheedMartin, military, UAV, video
All products recommended by Engadget are selected by our editorial team, independent of our parent company. Some of our stories include affiliate links. If you buy something through one of these links, we may earn an affiliate commission.