The Shed and the art of the flex

ARM says its next processors will outperform Intel laptop chips 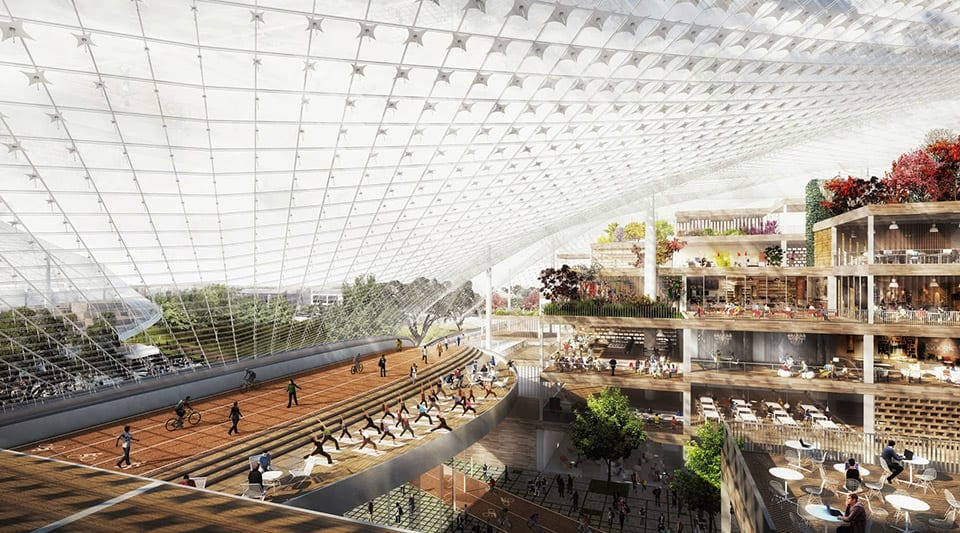 "Crabots" will help build Google's sprawling Mountain View campus. According to Architects Journal's latest report, these robot-crane hybrids will play a specific role in the construction of the Bjarke Ingels and Thomas Heatherwick designed structure. The UK publication is privy to detailed planning documents that the tech giant submitted to the City of Mountain View Council in Silicon Valley. The papers include mock-ups of the machines that will lift and shift the block-like "pre-fabricated" components inside the structure. The objective, according the report, is "to create a solution that can be assembled efficiently and economically within pre-erected canopy structures by means of small, easily manoeuvrable cranes."

As opposed to the dense corporate headquarters that have been the norm, initial plans of the campus reveal a light and airy structure that is covered with a massive see-through canopy. "Crabots" are expected to move freely inside the covers to help set up the insides of the four buildings on site. As expected, precise plans of the campus have been under wraps until now. But the report reveals specifics of the sprawling structure, which is said to be flexible, even "hackable", so the space will be one giant, customizable office space for about 20,000 Google employees.

Source: Architects Journal
In this article: architecture, BjarkeIngels, Crabots, cranes, google, GoogleHQ, MountainView, robotics, Robots, SiliconValley
All products recommended by Engadget are selected by our editorial team, independent of our parent company. Some of our stories include affiliate links. If you buy something through one of these links, we may earn an affiliate commission.