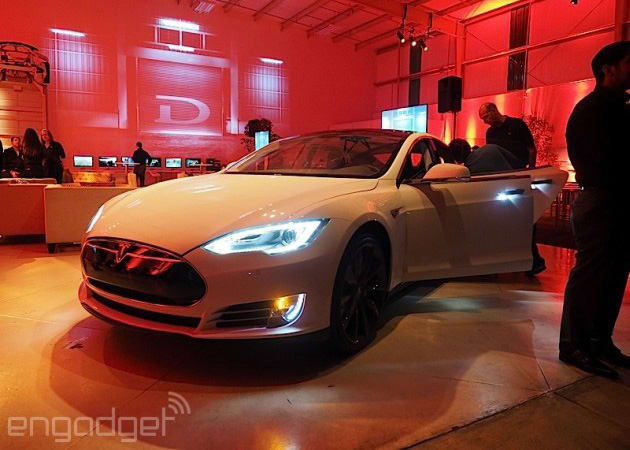 Tesla's just made its first acquisition: a tool and die shop based in Grand Rapids, Michigan (roughy 150 miles west of Detroit) that makes automotive stamping parts. As The Detroit Free Press reports, the current Riviera Tool will eventually become Tesla Tool and Die and will retain its current employees, possibly hiring more in the future. It gives the electric vehicle company a stake in the original motor capitol of the world, and is a sign of Elon Musk's ground-based baby working to alleviate supply chain issues. Ironically enough, the State Shaped Like A Hand doesn't allow Tesla to sell its cars locally.

Update: A Tesla spokesperson has confirmed the purchase to Engadget.

"We are excited to have reached a deal with Riviera and have a presence in the state of Michigan and bring additional tool building capabilities in-house. This acquisition will help us to build new stamping and plastic parts in a cost effective manner, support new metal forming technology development, and allow us to increase production as we introduce more models."

Source: The Detroit Free Press
In this article: acquisition, automobile, automotive, ElectricVehicle, ElonMusk, michigan, tesla, teslatoolanddie, transportation
All products recommended by Engadget are selected by our editorial team, independent of our parent company. Some of our stories include affiliate links. If you buy something through one of these links, we may earn an affiliate commission.