Set up your own Stingray cell dragnet with these leaked docs

Cell service out for thousands across the American Southeast 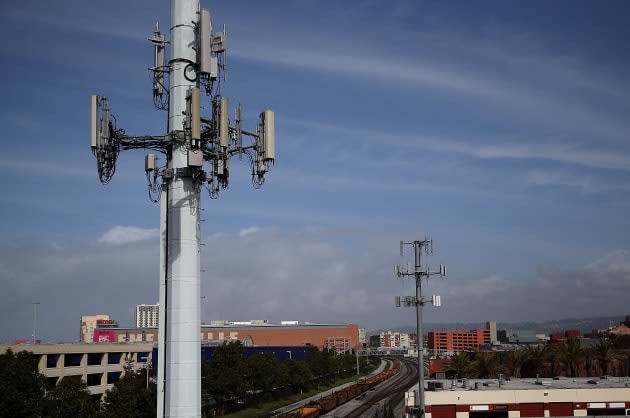 While NASA works with the FAA to build a network for monitoring drones in the US, NASA is enlisting help from a cellphone carrier. The Guardian reports that Verizon joined the effort too, helping NASA develop the system that will make use of cellphone towers to keep tabs on both commercial and civilian UAVs. The pair reached an agreement last year to explore the potential uses cell towers, including communication and surveillance of low-altitude drones. The project is said to be in-progress at NASA's Ames Research Center in Silicon Valley with the first tests to take place this summer. In 2017, Verizon is scheduled to present a concept for using cellular connectivity for flight data, navigation and tracking before finalizing the system two years later.

Since the drones will need an internet connection to relay weather, traffic and zone restrictions, using cellphone towers makes sense. It's also worth noting that Verizon is the largest carrier in the US, so it has plenty of 'em scattered around the country. The FAA is doing its part to keep up with drone popularity too, as it plans to name an adviser to work with companies looking to leverage UAVs for commercial use while new regulations are in the works.

Update: Verizon reached out in response, adding that this is very much an experiment and it's still in the early stages. It is one of many companies that NASA approached, and the testing is being done at a research facility -- nothing using public towers. The 2017 presentation will take the form of a proof-of-concept presentation, and in the interim, NASA could rule out the possibility of using the technology entirely.

Via: Fast Company
Source: The Guardian, Reuters
In this article: celltower, celltowers, drone, dronenetwork, drones, faa, nasa, uav, verizon
All products recommended by Engadget are selected by our editorial team, independent of our parent company. Some of our stories include affiliate links. If you buy something through one of these links, we may earn an affiliate commission.