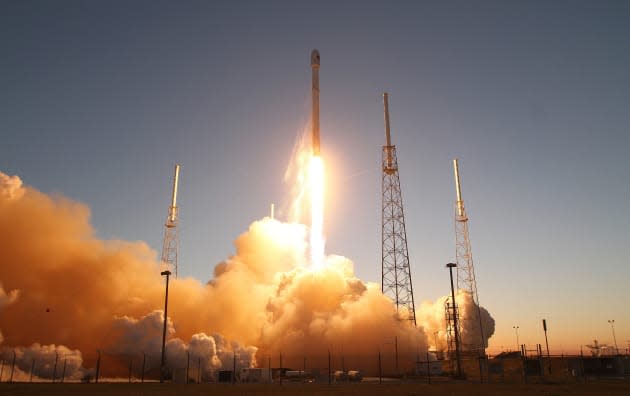 Google's Project Loon and Facebook's internet drones could soon see added competition from SpaceX. The Elon Musk-owned rocket company has just petitioned the FCC for permission to launch a pair of experimental, identical Ku-band downlink satellites -- the first pair of potentially four. Should the FCC grant SpaceX's application, Time reports that the satellites will likely launch from Vandenberg Air Force Base. Once they reach an orbital altitude of 625 km, they'll beam down broadband internet speeds to three receivers located in Redmond, Washington; Fremont and Hawthorne, California. The satellites are each rated for a 12-month operational lifespan. There's no word yet on when this technology will be available to consumers.

In this article: drones, ElonMusk, facebook, FCC, FederalCommunicationsCommission, google, Ku-band, projectloon, satellites, science, space, SpaceX, timeline16race4space, uav
All products recommended by Engadget are selected by our editorial team, independent of our parent company. Some of our stories include affiliate links. If you buy something through one of these links, we may earn an affiliate commission.