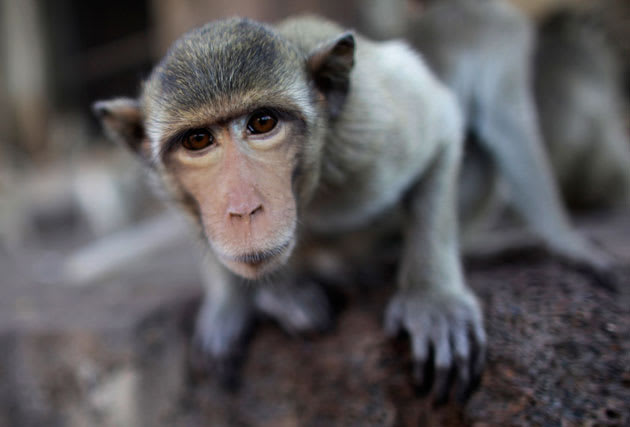 Outside of horror and sci-fi flicks, head transplants aren't really viable. What attempts have been made so far usually kill the unfortunate test subjects within a day, and they can't really survive without life support. Researchers at China's Harbin Medical University think they can do better, however. In the wake of hundreds of mouse operations, the scientists are planning to conduct the first primate head transplants where the patient survives on its own for at least a while. The surgery will connect only a fraction of the spinal nerve fibers in the long-tailed macaque monkeys going under the knife, but it should be enough to maintain voluntary muscle movement and other crucial functions.

As you might imagine, the procedure is loaded with ethical concerns. Whether or not you're not averse to animal testing in the first place, the notion of performing a head transplant (especially one where the patient likely won't live long) could easily go beyond the pale -- the Harbin tests probably wouldn't have received funding in the US. There are a number of major technical hurdles to conquer before this is practical for humans, too, such as boosting the number of nerve connections, preventing immune system rejection and keeping the brain healthy in mid-surgery.

The hope, of course, is that all these troubles will pay off. You'd theoretically have a head transplant as a option when replacing limbs and organs just isn't possible. One neurosurgeon, Sergio Canavero, is even vowing to try a human head transplant within two years. The plans are ambitious (and arguably grotesque), but the very fact that they're even on the table shows how much medical technology has changed in recent years.

Source: Wiley Online Library, Wall Street Journal
Coverage: International Business Times
In this article: harbinmedicaluniversity, head, medicine, mice, monkey, monkeys, mouse, science, surgery, transplant
All products recommended by Engadget are selected by our editorial team, independent of our parent company. Some of our stories include affiliate links. If you buy something through one of these links, we may earn an affiliate commission.