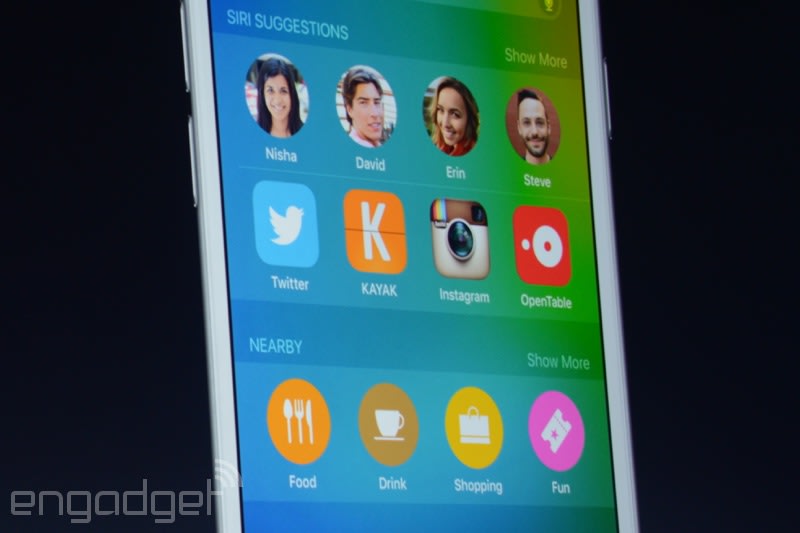 On stage at WWDC today, Apple announced that a public beta of iOS 9 would be available in July. The beta will include an enhanced Siri; a more proactive experience based on your location, time and recent apps; updated Apple Pay with support for loyalty cards; and transit directions in Maps. The beta version of Apple's mobile operating system will be available on the iPad 2 from 2011 and later and iPhone 4s and later. Apple launched the public version of its beta program last year with access to early builds of iOS and OS X. You can sign up for the beta today.

Source: Apple
In this article: apple, Beta, iOS, iOS9, WWDC, WWDC2015
All products recommended by Engadget are selected by our editorial team, independent of our parent company. Some of our stories include affiliate links. If you buy something through one of these links, we may earn an affiliate commission.