Ecotricity to end free EV charging across the UK 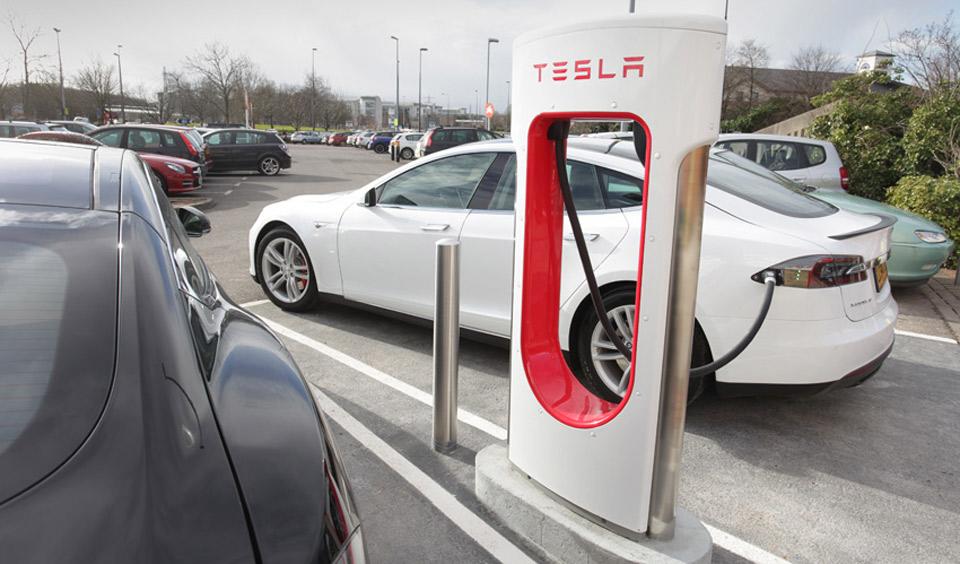 One of the perks of being a Tesla EV owner is having access to the company's Supercharger free refueling stations. Knowing a widespread network of Supercharger sites will be key to getting British bums in leather seats, Tesla said late last year that within six months, you'd be able to drive the length of the UK on complimentary juice. While that may already be theoretically possible if you fancy chancing the journey from Leeds to Edinburgh on a single charge, we haven't heard a peep out of Tesla since January, when it declared 20 Supercharger sites were now live. Expansion is back on the agenda, though, with Tesla announcing fresh plans to build seven Supercharger banks at motorway service stations "to enable routes to the West of Scotland and Eastern England." These will join the 22 currently operating sites, with more additions to the network due to be revealed soon.

You may've noticed Tesla's announcement is a little on the vague side. That's because the timing of the news is almost as interesting as the plans themselves. It comes right at the conclusion of a drawn-out legal dispute between Tesla and green energy supplier Ecotricity; one that's hampered the former's Supercharger network expansion. And perhaps Ecotricity's, too, since it's also just announced new chargers being installed and Land's End and John O' Groats. As the story goes, Tesla approached Ecotricity prior to the launch of the right-hand drive Model S in the UK. With Ecotricity's experience running over 150 brand-agnostic EV charging stations across the UK, it was the perfect partner to help plan and construct Tesla's Supercharger network. Ecotricity introduced Tesla to several of its partners and went about laying the groundwork for the UK's first Supercharger sites. However, the relationship soon turned sour. Last May, Ecotricity filed a High Court injunction against Tesla for allegedly trying to strike its own deals with potential landlords, cutting Ecotricity out of the proceedings and breaking all manner of confidentiality agreements as a result. Tesla is also said to have emailed Ecotricity and revealed its plan to defame the company and encourage its partners break off existing agreements. Dale Vince, founder of Ecotricity, defined Tesla's actions a "smash and grab raid" on his company's intellectual property, while Tesla's Elon Musk said Vince's "outrageous demands" led to the breakdown of the partnership.

The legal squabble intensified with Tesla countersuing Ecotricity for allegedly using its dominant position in the market and exclusivity agreements with motorway sites to arrest the development of Tesla's Supercharger network. Then, in March this year, the overseeing court asked for additional documentation from both parties to move the case along. Unfortunately, we don't have any dramatic closing statements to report, because rather anticlimactically, Ecotricity and Tesla reached an out-of-court settlement this week.

We can't speculate on what went on behind closed doors, since the terms of the settlement are confidential and neither company is willing to elaborate any further. But, Tesla appears to have got what it wanted one way or another, as key to the latest Supercharger expansion news is where they'll be installed: at motorway service stations. Or, in other words, the important strategic locations Tesla accused Ecotricity of monopolising through exclusivity agreements. Now the legal scuffle is over, though, both companies appear to have turned their attentions back to, ironically, a common goal: building expansive charging networks through the UK, and driving EV adoption in the process.

In this article: ecotricity, ElectricVehicle, ev, supercharger, tesla, TeslaSupercharger, transportation, uk-feature
All products recommended by Engadget are selected by our editorial team, independent of our parent company. Some of our stories include affiliate links. If you buy something through one of these links, we may earn an affiliate commission.