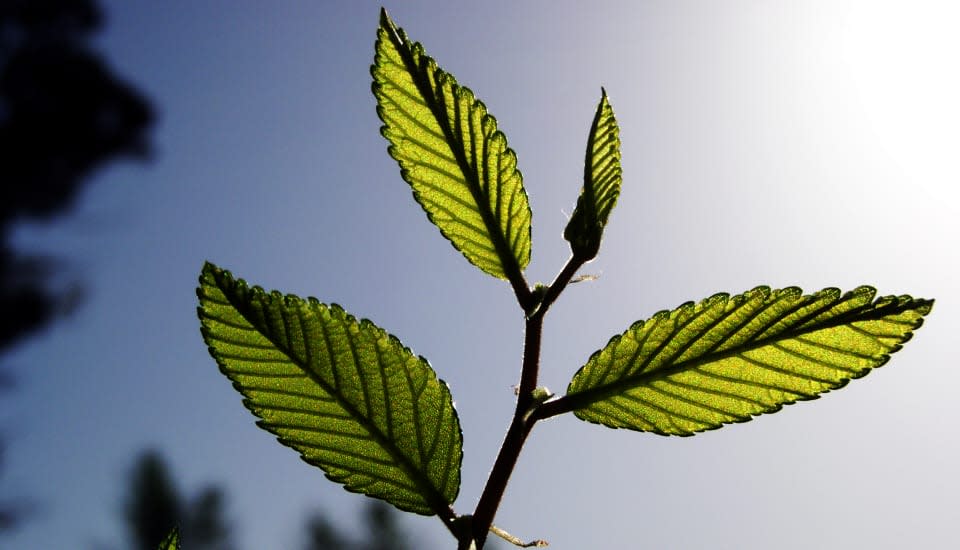 Solar cells have always been inspired by photosynthesis, so it's only natural for researchers to take cues from different aspects of the energy-making process. A team of UCLA chemists, for instance, have developed a way that will allow solar cells to keep their charge for weeks instead of just a few seconds like current products are capable of. According to Sarah Tolbert, UCLA chem professor and one of the study's authors, they looked into plants' nanoscale structures that can keep negatively charged molecules separated from positively charged ones. "That separation is the key to making the process so efficient," she said.

The team has discovered that in order to mimic those nanoscale structures in plastic solar cells (which are potentially cheaper to make than silicon-based ones), they need to use two components: a polymer donor and a nano-scale fullerene acceptor. The team describes the process as follows:

The UCLA technology arranges the elements more neatly -- like small bundles of uncooked spaghetti with precisely placed meatballs (see image below). Some fullerene meatballs are designed to sit inside the spaghetti bundles, but others are forced to stay on the outside. The fullerenes inside the structure take electrons from the polymers and toss them to the outside fullerene, which can effectively keep the electrons away from the polymer for weeks.

In short, those two can form the right "noodle and meatball" structure to keep different charges away from each other for days to weeks, greatly improving a cell's capability to retain power. It's also a plus that the components can auto-assemble, simply by putting them in water. The ability to store energy is a big deal for solar energy systems, since they need to be able to save enough power to use at night or during days when the sun isn't shining as brightly. UCLA's technology isn't quite ready yet, but Tolbert and her team are already trying to figure out how to incorporate it into real solar cells. In this article: research, solar, solarenergy, ucla
All products recommended by Engadget are selected by our editorial team, independent of our parent company. Some of our stories include affiliate links. If you buy something through one of these links, we may earn an affiliate commission.