Meerkat the livestreaming app is no more 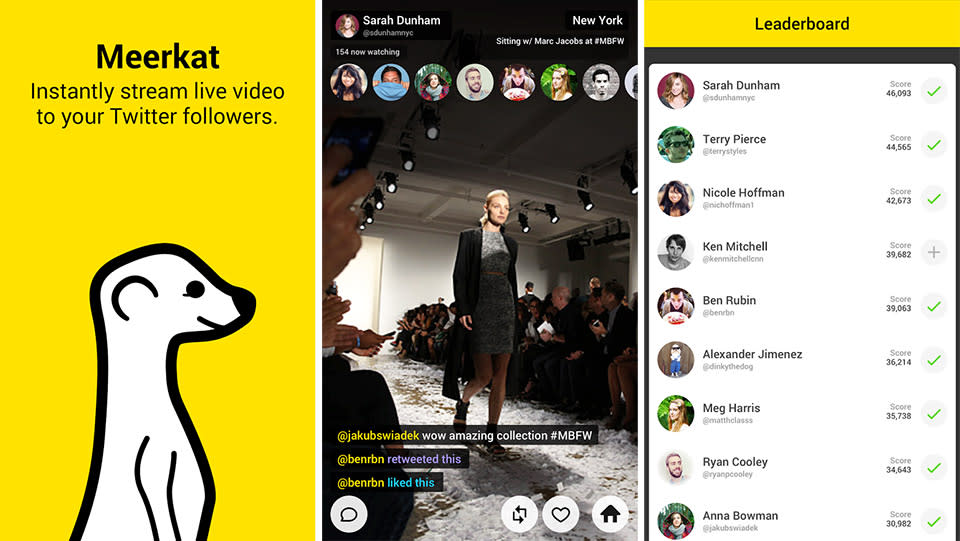 Did you know Meerkat has a points system? Yup, it's been around since launch, and there's even a Leaderboard that shows streamers with the highest scores, similar to the ones you see in games. Since it was pretty easy to miss unless you went live at least once -- or if you quickly jumped ship to Twitter-owned rival Periscope -- Meerkat has decided to make its score system available to all its users. Now, it's not just streamers who can earn points: viewers can, as well, by participating (commenting, Liking, retweeting, et cetera) in live broadcasts. The announcement's wording also makes it sound like the team is retroactively awarding points for previous interactions. Will this entice old users to ditch Periscope and come back to Meerkat? Probably not. But it's a fun little feature for people who decided to stick around.

In this article: meerkat, mobilepostcross, twitter
All products recommended by Engadget are selected by our editorial team, independent of our parent company. Some of our stories include affiliate links. If you buy something through one of these links, we may earn an affiliate commission.