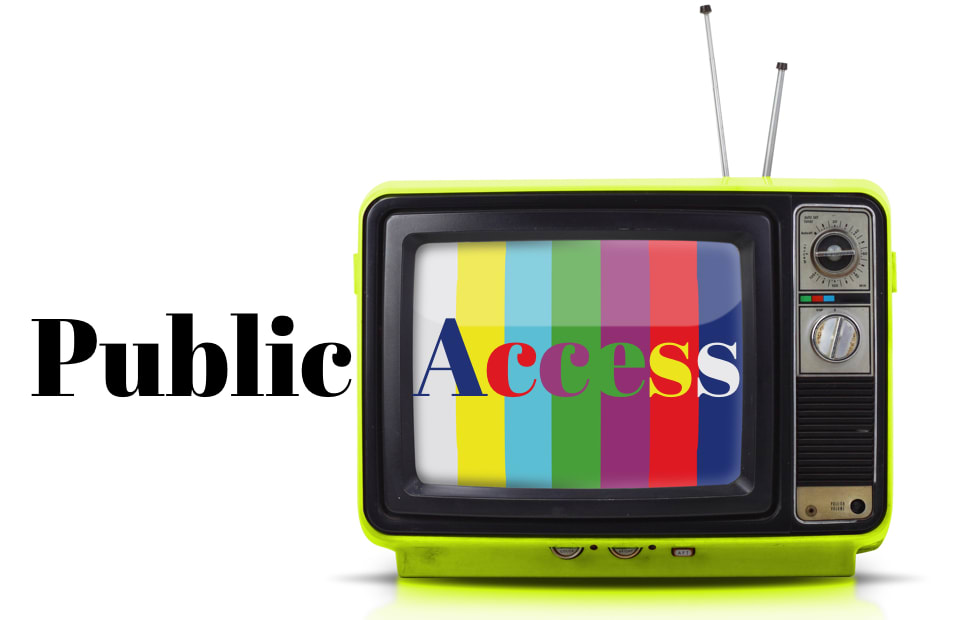 Last week, you took us to the dark side of customer support with your worst IT nightmares, and at least a couple of your stories felt like the opening scenes of a Sci-Fi thriller. Carl Zetie took us back to the days of minicomputer, into a medical lab where he was surrounded by radioactive material, and Ed Zitron recounted his mysterious experience with a combustible MacBook. In a more emotional, if not less dramatic retelling, Brandon Côté shared his robotic aspirations as a child suffering from anxiety.

P.S. The homepage is coming soon! in the meantime you can check out the latest from Public Access right here. Not a member? Apply, and keep the weird alive.

Some of the best stories to come out of Public Access last week focused on either faulty gadgets or devices that were out of reach. In the week ahead, we want you to focus on the work horses of your technological arsenal. Whether you're an Android devotee or a die-hard Apple fan, tell us about the gadgets you use most often and why you chose them. We can't live without our daily drivers, but there are some tools (and weapons) that we hope we never have to use. Of course, that hasn't stopped an army of nerds from outlining their post-apocalyptic fallout plans in great detail. If and when the zombie takeover robot reckoning comes, what will you do to stay alive?

I for one, will be holed up in a liquor store, gripping tight to my weapon of choice, Gin, and listening the soothing tones of Mariah Carey Unplugged until the last warm breath passes from my lips.

"Running DOS and only able to display only two colors (black and light brown) it nevertheless opened up a whole new world for me. And that world went by the name of Leisure Suit Larry in the Land of the Lounge Lizards."

Read the rest of Love and PCs: 256 colors!!!!! by Alexander Hohenthaner

"I suffered from severe anxiety as a child which brought challenges to making friends—and isolation leading to depression later in life—but even as a kid, the idea of a smiling robot companion always warmed my heart and, to this day, still conjures up a hope in me of peaceful companionship without the fear of rejection. Kind of like my cat, except able to hold a conversation."

"I've always been around computers since I was born, and I was always getting into trouble with them. From repeatedly pressing the reset button to using up an entire colour inkjet cartridge by printing one picture repeatedly, it wasn't too long before my parents broke down and let me have a computer of my own ..."

"One day, I was walking out to get something from the shops, and plugged in my laptop to charge it.

I did so, turned to put my shoes on and saw a tiny little trail of smoke rising from my laptop's plug. This fast became a much larger, more scary plume with real fire and I immediately unplugged the cable from the wall and the laptop and for some reason threw it across the room onto the couch. I then realised the couch might get burned, ran over, and threw it onto the carpet. Once I realised that too may get burned, ignoring the fact that it was now not actually combusting, I put it in the fridge."

Read the rest of IT nightmares: What Apple Did When My Macbook Caught Fire by Ed Zitron

"So dressed up like doomed extras from a plague movie on the SyFy channel we passed through a positive pressure airlock into a modestly sized lab that looked as computer-safe as you could possibly wish. A few of our minis sat on benches around the room, floppy disks shelved alongside them. Small, anonymous capsules about the size of a medicine bottle sat on top of the computers and disk boxes."

Read the rest of IT nightmares: The hot zone by Carl Zetie

YOUR DOSE OF INSPIRATION

Show and Tell: Your daily drivers
Everyone has their very own, very specific technological proclivities. Whether you're an Android devotee, an Apple fan, or Windows por vida, tell us about the gadgets you use most often and why you chose them. And don't forget to include a photo to show off your gadget arsenal in all its glory.

File under end of days: Your post-apocalyptic fallout plan
You know you've thought of it. What happens when AI surpasses human intelligence and the robot reckoning is finally upon us? What happens if the Walking Dead becomes a reality? When the end-of-days comes and it's every human for herself, what will you do to survive? Where will you go and what tools will you use to stay alive? Will you lay down and die or fight for your life? What is your post-apocalyptic fallout plan?
In this article: best of public access, bestofpublicaccess, community, engadget, PublicAccess
All products recommended by Engadget are selected by our editorial team, independent of our parent company. Some of our stories include affiliate links. If you buy something through one of these links, we may earn an affiliate commission.