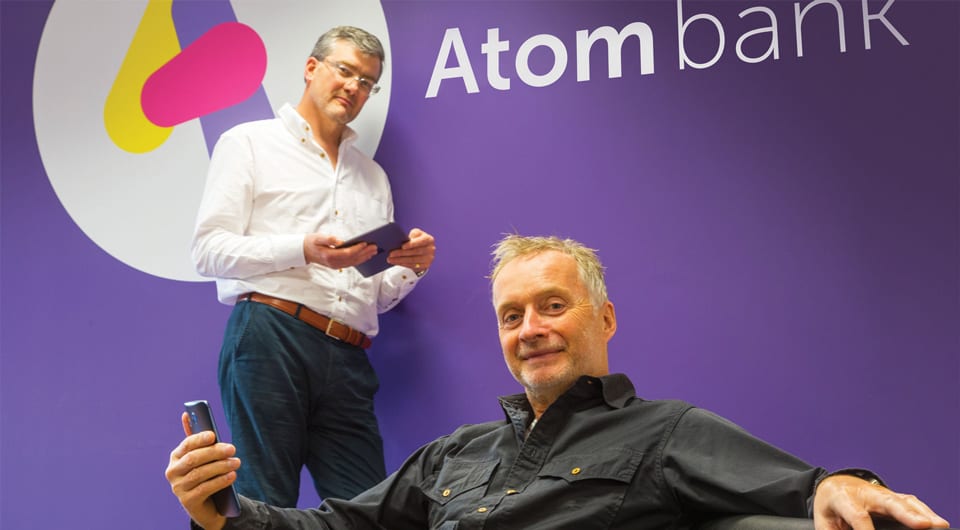 Banking is a bit of an old boys' club dominated by a few huge, lumbering corporations, but up-start Atom thinks it's time for a new player with a different approach. Atom wants to take mobile banking seriously; so seriously, in fact, that it aims to exist almost solely as a mobile app. The company has just been granted a UK banking licence and plans to launch later this year, first using mobile apps to offer its services before graduating to desktops in due course. Atom will have a 24-hour support team available by phone, email, webchat and social networks, but the idea is you can do everything, even open an account, from within the mobile app.

By focusing on the mobile experience, Atom hopes it can make dealing with your finances altogether more convenient. Its apps won't simply be for checking your balance and pushing money around, too. They'll include support for biometric security and will feature "unique and engaging ways to manage money." Atom will effectively be "branch-free," but by launch it'll have a traditional, high-street bank partner that will accept cheque and cash deposits from Atom customers -- similar to how the branchless bank First Direct operates, though it's owned by HSBC, making the logistics a little simpler. Of course, you'll get a standard debit card, too, for paying with plastic or extracting cash from ATMs.

Atom isn't the only company pursuing a fresh approach to banking. Simple and Movenbank are digital-first banks already operating in the States, and Mondo is another UK outfit that wants to place all emphasis on the mobile experience, with apps that also try to help you manage your money better. Mondo's doing things a little differently from Atom, though. Instead of using existing banking infrastructure and layering its front-end over the top, Mondo is starting from scratch (building what's known as the "full stack"). It might mean Mondo will be later to launch, but it argues that having immediate access to your real-time data through its own systems will allow it to make the customer experience that little bit better.

Via: Tech City News
Source: Atom, Mondo
In this article: atom, atombank, bank, banking, banks, MobileBanking, mobilepostcross, mondo, onlinebanking
All products recommended by Engadget are selected by our editorial team, independent of our parent company. Some of our stories include affiliate links. If you buy something through one of these links, we may earn an affiliate commission.