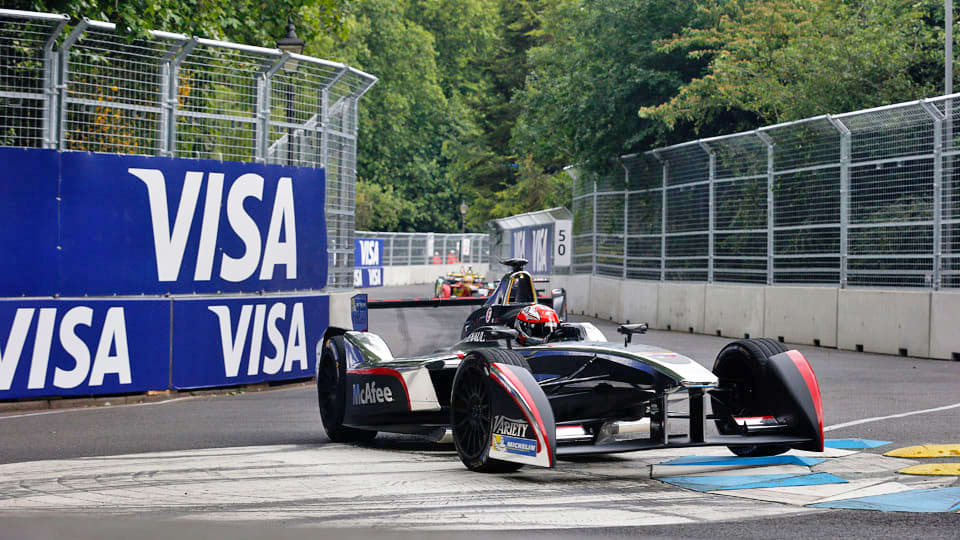 The all-electric Formula E racing league is on the cusp of finishing its inaugural season, and it's already handing out the first prizes. The E.dams-Renault team has clinched the Formula E's first-ever team title after drivers Sebastien Buemi and Nicolas Prost respectively placed first and seventh in the initial race of the London ePrix, giving the organization a secure lead over Audi. The event wasn't as exciting as others (Buemi took the lead early and held it), but it sets up what should be a fierce rivalry for the driver's title in the last race on June 28th. Buemi is now just a stone's throw away from frontrunner Nelson Piquet -- you can be sure that both EV racers will be determined to finish out in front.

Whether or not it'll be neck-and-neck in the following season isn't so clear. Every team is currently driving the same Spark-Renault SRT_01E car, so no one can claim a technological advantage. That'll change when teams are allowed to build their own powerplants, so you may see certain manufacturers pull ahead in the sophomore season.

Source: FIA Formula E
In this article: e.dams, e.dams-renault, electriccar, electricvehicle, entertainment, ev, fia, formulae, gear, racing, renault, timeline16evspeed, transportation, video
All products recommended by Engadget are selected by our editorial team, independent of our parent company. Some of our stories include affiliate links. If you buy something through one of these links, we may earn an affiliate commission.