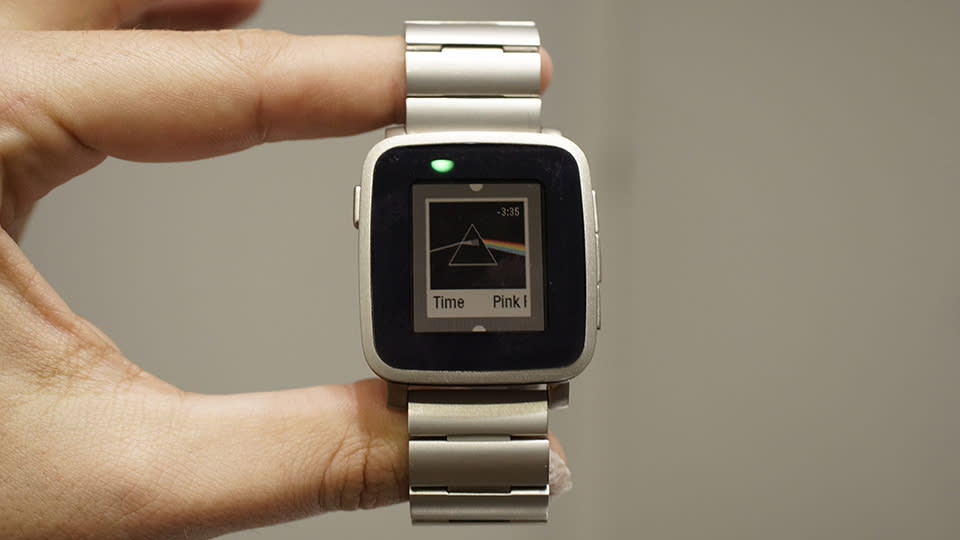 While Pebble Time on its way to backers and available for pre-order, the company's metal-clad smartwatch is also scheduled to arrive soon. Via Kickstarter update, Pebble announced that production of the Time Steel is set to begin this week with the goal of shipping the gadgets to backers at the end of the month. It'll take some time to send out all of the units, but even the folks at the end of the line should receive tracking info by the end of August. However, due to limited availability, some backers may receive their metal bands in a separate shipment, rather than both a leather and metal band bundled with the watch itself. What's more, when the Time Steel hits retail, the metal bands will be separate purchase, so plan accordingly.

In this article: fancy, pebble, pebbletimesteel, shipping, smartwatch, steel, timesteel
All products recommended by Engadget are selected by our editorial team, independent of our parent company. Some of our stories include affiliate links. If you buy something through one of these links, we may earn an affiliate commission.