UN: Misuse of land and agriculture is driving climate change 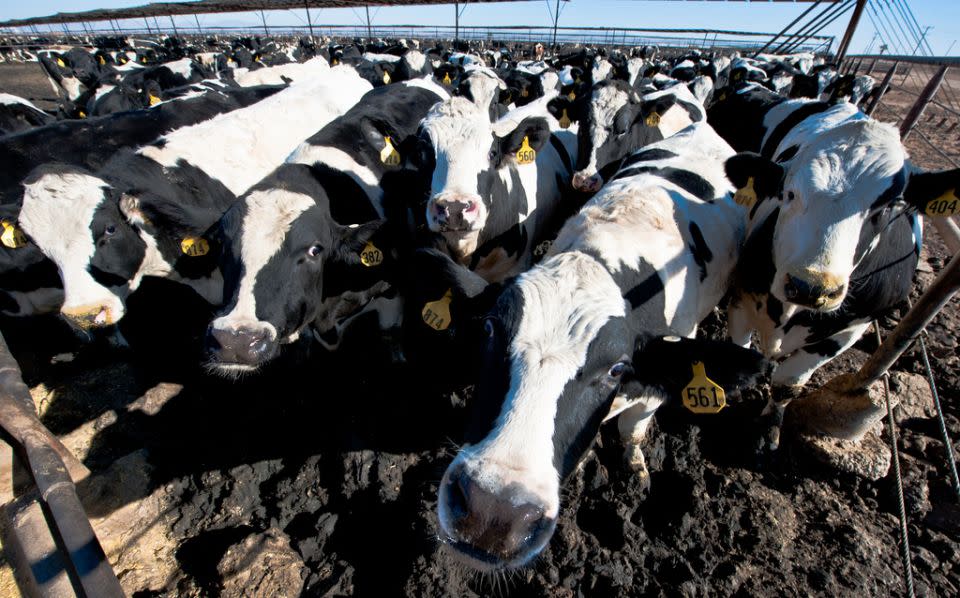 If you've ever road tripped across the United States, you've probably seen one: a feedlot, populated by hundreds (if not thousands) of cows. These animals are the lifeblood of the American beef industry, but caring for them is no small chores. Caretakers typically have to walk the fields and visually check the heard for obvious cues of sickness, heaststroke or fatigue. It's hard, tedious work, but there are a few companies out there trying to make it easier. How? By building fitness trackers for cows, of course.

It's not nearly as silly as it sounds. Equipping cows with devices that tracks their vitals (temperature, appetite, activity level, etc) and storing it in a local server could provide farmers with an easier way to identify sick animals. A cows temperature could raise enough to signal that it might be getting sick, for instance, but not enough to affect its behavior in a way that a ranch hand might visually notice something was wrong. It's a solution that's easier for feedlot owners, better for animal health and, ultimately, safer for consumers.

Two companies trying to connect cows to the internet right now are Quantified Ag, which presents a system focused on beef cattle and feed lots and Vital Herd, which seems better tuned for dairy cows.

Both firms are creating products that do similar things, but in different ways--Quantified Ag is building an external tracker that clips on to the animals ear, piggybacking on the cattle industry's existing animal tagging and tracking system. This smart ear-tag has accelerometer, magnetometer, temperature and other sensors, and transmits vitals wirelessly to a centralized server. If a cow's vitals fall outside of a recommended range, it's flagged for a personal check up.

Vital Herd, on the other hand, offers a more internal solution--a smart-pill that can read temperature, stomach acidity, hormones, respiration and more from the inside of an animal's gut. The pill stays in the cow's stomach for the duration of its life. It's more than just an early warning system, too. The Vital Herd system can potentially help farmers optimize cow diets for better milk production.

Not enough animal tracking technology? There's more. Ranchers can equip their cows with GPS trackers and health collars that can notify breeders when an animal is in heat. Something to think about on your next road trip--those feedlots are a lot more complicated than you think.

In this article: agriculture, cows, quantifiedag, tracking, vitalherd
All products recommended by Engadget are selected by our editorial team, independent of our parent company. Some of our stories include affiliate links. If you buy something through one of these links, we may earn an affiliate commission.