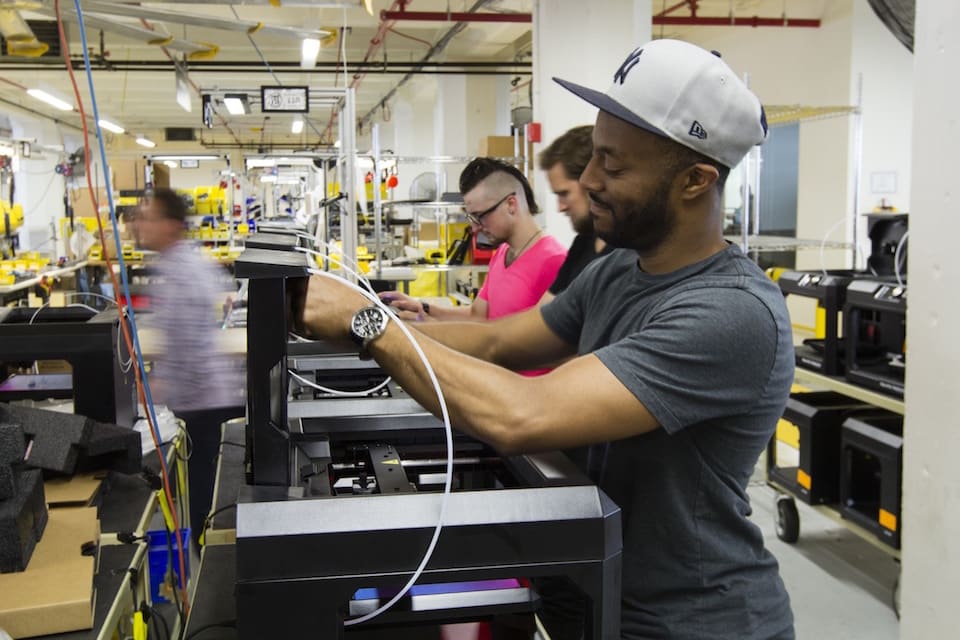 The past few months haven't been easy for Makerbot. But it doesn't seem like the restructuring and sizable layoffs are affecting the company's progress. Today it announced the opening of a new, 170,000-square-foot manufacturing center in New York City. For Makerbot, it means being able to double the production capacity of 3D printers, as well as offer better quality assurance for these machines -- and, considering a recent lawsuit, the timing couldn't be better. This doesn't only signal a commitment from Makerbot to keep growing its own operations, but also shows it doesn't plan to give up on a 3D-printing industry that's been struggling. The huge, upgraded space is located in Brooklyn's Industrial City, so you can expect Makerbot's 3D printers to keep the "Designed & Built in Brooklyn" branding for at least the next ten years. 8
[Image credits: Makerbot]
Via: Adafruit
Source: Makerbot
In this article: 3D-printing, 3DPrinter, 3DPrinters, 3DPrinting, Brooklyn, Factory, Makerbot, Makerbot Factory
All products recommended by Engadget are selected by our editorial team, independent of our parent company. Some of our stories include affiliate links. If you buy something through one of these links, we may earn an affiliate commission.