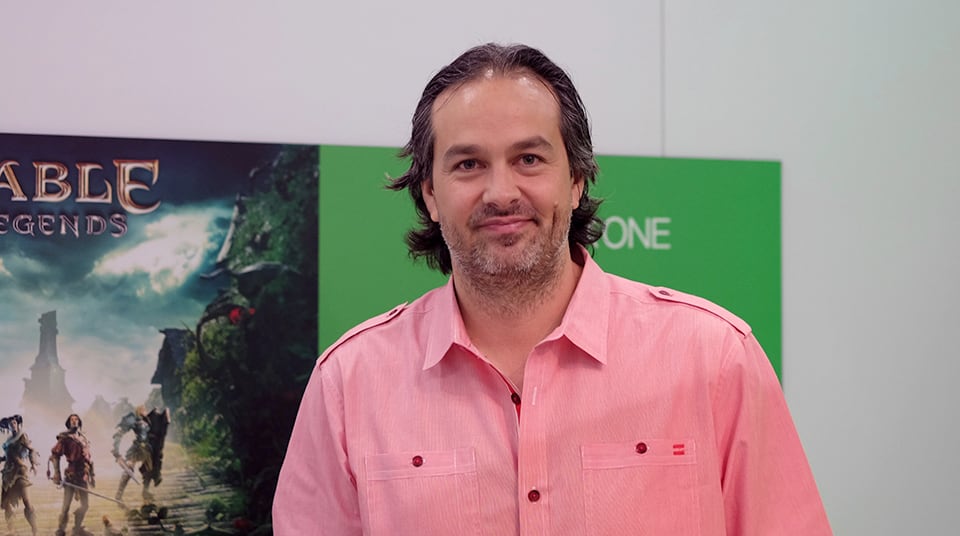 You might not know who Microsoft's Kudo Tsunoda is, but you know his work. He was the driving force behind Kinect and HoloLens. And more recently, he's taken control of a large part of Microsoft Studios, the company's in-house video game publishing and development arm. As part of his position, Tsunoda leads Rare, Lionhead and other first-party studios, and also oversees the development of key Xbox exclusives published by Microsoft, such as Scalebound, Quantum Break and the new Crackdown. I sat down with Tsunoda for a chat at Gamescom, and quizzed him on the future of Xbox, HoloLens and gaming at Microsoft.

Microsoft is making a big push toward a unified gaming platform. The Xbox One itself will be updated to run Windows 10 in November, and Tuesday's press conference saw cross-play and cross-buy announcements for Windows 10 and Xbox One games. The company seems to be headed toward a single marketplace for games. That's something that makes a lot of sense, especially for smaller titles, but right now, most games that work like this are Microsoft developed or published. The outlier is Bloodstained, which will have the feature when it launches in 2017. According to Tsunoda, Microsoft is hoping to change things sooner than that, though:

"Once we've figured out how, through Windows, we can bring [PC and Xbox] gamers together with cross-play, we're going to put that into our platform to make it simple and easy for other developers to do as soon as possible."

That'd be big news. Sony, Microsoft's chief rival, already allows for limited cross-play between its PS Vita handheld and PS4 console, and the upcoming Street Fighter V will let PC gamers face off against opponents playing on PS4s. With the new Xbox app and tighter integration though, it's not difficult to imagine a lot of Xbox games being playable on PC and vice versa in the near future.

Although Tsunoda skirted around the question, cross-buy would be a huge win if Microsoft can get its third-party partners on board. The company has been fighting PR fires since the rather disastrous Xbox One launch, but the division's gotten back its stride recently. Announcements of a regular monthly update pattern, Windows 10 streaming and backward compatibility (even with its caveats) have all gone over well with fans. And letting Xbox One gamers buy their games once and play them anywhere would go a long way to healing the "always-on" wounds.

It's difficult to think of Tsunoda and not think of Kinect: The once bundled-in Xbox One camera is now an optional add-on. Given it's Tsunoda's baby, I asked if he's interested in supporting the peripheral by having Microsoft Studios develop games for it. In return, I got a rather odd response:

"So the big thing is the depth-sensing technology, the stuff that's inside Kinect. Obviously, we're still doing a lot on the platform-side, but we've got Just Dance coming out soon for Kinect. I think it's really about making an investment in depth technology itself. It's great for everything we're doing on this platform. Obviously, a big part of what we're doing with HoloLens is environmental understanding, and that's a big advancement in depth-sensing technology. These are things that Microsoft does really well: You invest in a cutting-edge technology; you use it in a space like games on Xbox, or a space like HoloLens. Just keep pushing the boundary of what we can do with depth-sensing technology and really try to be a leader in that space."

I pushed Tsunoda for clarification on whether Studios would pursue the creation of games made specifically for Kinect, or HoloLens and if that's even something Microsoft is still very interested in.

Microsoft, it seems, is still trying to figure out how to make Kinect useful for gaming, although that's not really the end of the world.

Tsunoda has a reputation as a free thinker. Often seen sporting a pair of oversized sunglasses, he's known for taking risks and pushing new tech like Kinect and HoloLens toward consumers even when it's not entirely clear what it'll be used for. I asked if he's bringing that spirit to Studios; will we see riskier, edgier, more original games coming to Xbox, courtesy of Microsoft?

"As much as I like taking risks and pushing the boundaries of games and technology, at the end of the day, you come to places like Gamescom, [and] you see fans reacting to the work that you're doing, and enjoying the games. That's got to be the focus: Your end goal is making awesome games that people are going to enjoy. Taking risks, pushing boundaries, that's all just a means to an end."

I disagree. I think Tsunoda's risk-taking and creativity could be used at Microsoft. Some fresh ideas would really set well among the inevitable sea of Halo, Forza and Gears of War sequels to come. Let's hope he's just playing his cards close to his chest and come this time next year, we'll be talking about the resurgence of Microsoft, not just as a console maker, but also as a creative game publisher.

In this article: crossbuy, gamescom, gamescom-2015, gamescom2015, hdpostcross, hololens, interview, kinect, KudoTsunoda, microsoft, MicrosoftStudios, uk-feature, win10, windows10, xbox, xboxone
All products recommended by Engadget are selected by our editorial team, independent of our parent company. Some of our stories include affiliate links. If you buy something through one of these links, we may earn an affiliate commission.