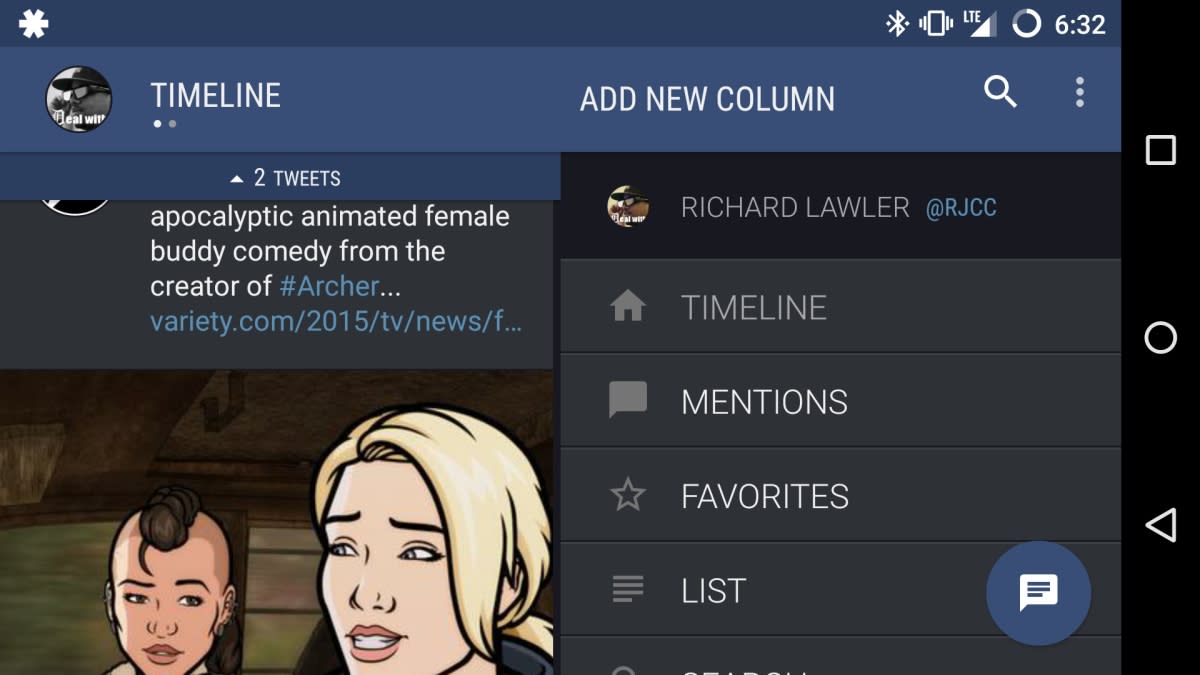 If you've been disappointed with the progress of Twitter's official Android app, there may finally be reason for optimism. Joaquim Vergès, developer of the popular third-part Falcon Pro app on Android, announced this evening that he's joining Twitter's Android core UI team next week. In a tweet, Vergès said he wants to "make a killer official app with full API and a modern UI." He plans to keep Falcon, and use it for experiments, so those who've paid for it should still have new features to look forward to, while the rest of us benefit down the line in the official app. Five years ago Twitter acquired the makers of Tweetie, a popular iOS Twitter app, and used it as a base of their software on that platform, so there's already a framework for what we might be able to expect.

Falcon stays with me. IMO It'll be a great place to try new experiments without the slowness of a big company.

But I've grown tired of all the third party limitations. I want to make a killer official app with full API and a modern UI.

In this article: android, FalconPro, google, hiring, mobilepostcross, twitter
All products recommended by Engadget are selected by our editorial team, independent of our parent company. Some of our stories include affiliate links. If you buy something through one of these links, we may earn an affiliate commission.