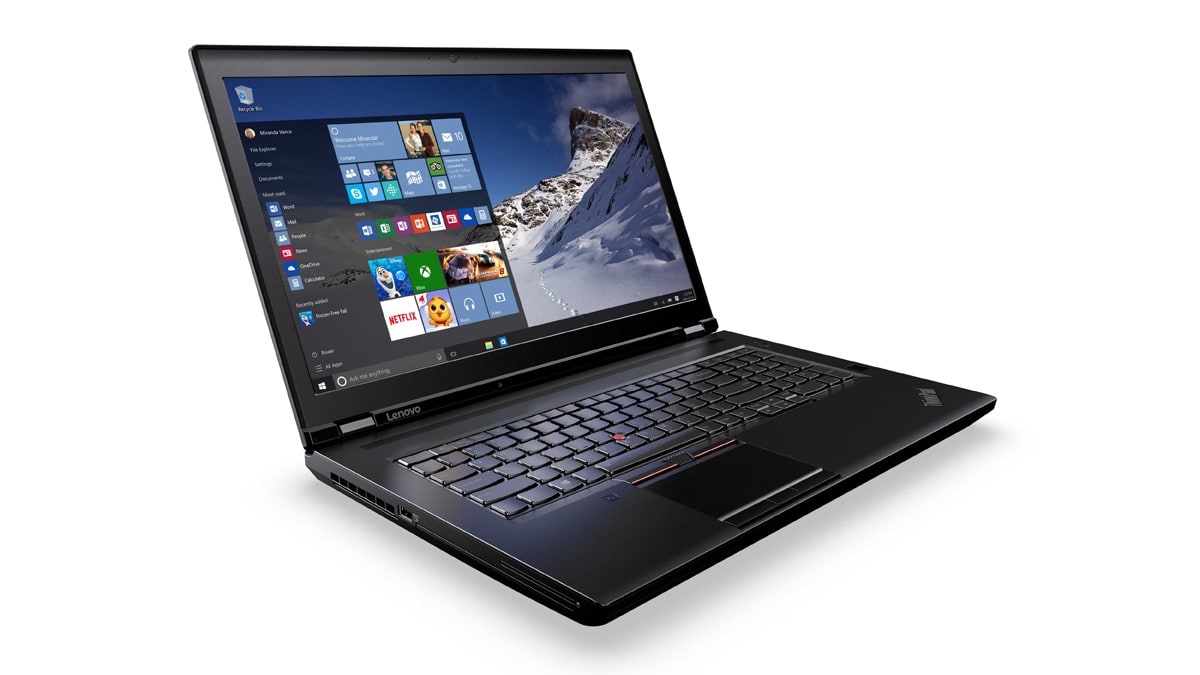 There are plenty of workstation laptops that claim to deliver on the promise of heavy-duty computing on the road, but they're not usually that much different on the inside than a garden variety portable. You can't say that about Lenovo's monster new ThinkPad P50 and P70 systems, though. The two not only offer things you'd expect in this class, such as color-accurate 4K displays and pro NVIDIA Quadro graphics, but Intel's first-ever mobile Xeon processors (specifically, the E3-1500M) -- you won't have to settle for an ordinary Core i-series chip here. If you need to crunch 3D models or video when you're out of the office, one of these rigs may be your best bet. That CPU upgrade also brings the kind of perks normally limited to desktops, including support for a whopping 64GB of memory and Thunderbolt 3 ports that can handle dual 4K displays. Your system choice is dictated mostly by screen size. The P50 is the vaguely portable option, with a 15.6-inch display, a 5.6-pound body and a single Thunderbolt 3 port that complements the three storage bays and gobs of input. The P70, meanwhile, is Lenovo's first 17-inch mobile workstation since the oddball ThinkPad W700 from 2009, and has the specs you'd hope for in a beastly machine. If you're willing to lug around a 7.6-pound PC, you'll get four storage bays and a second Thunderbolt port.

You'll unfortunately have to wait until the fourth quarter of the year to snap up either of these ThinkPads. However, you at least won't have to pay a premium if you can go without luxuries like 4K. The P50 starts at $1,599 with a 1080p display, while springing for the P70 will cost $1,999 and up.

Source: Lenovo
In this article: 4k, computer, laptop, lenovo, pc, skylake, thinkpad, thinkpadp50, thinkpadp70, thunderbolt, thunderbolt3, windows10, workstation, xeon
All products recommended by Engadget are selected by our editorial team, independent of our parent company. Some of our stories include affiliate links. If you buy something through one of these links, we may earn an affiliate commission.