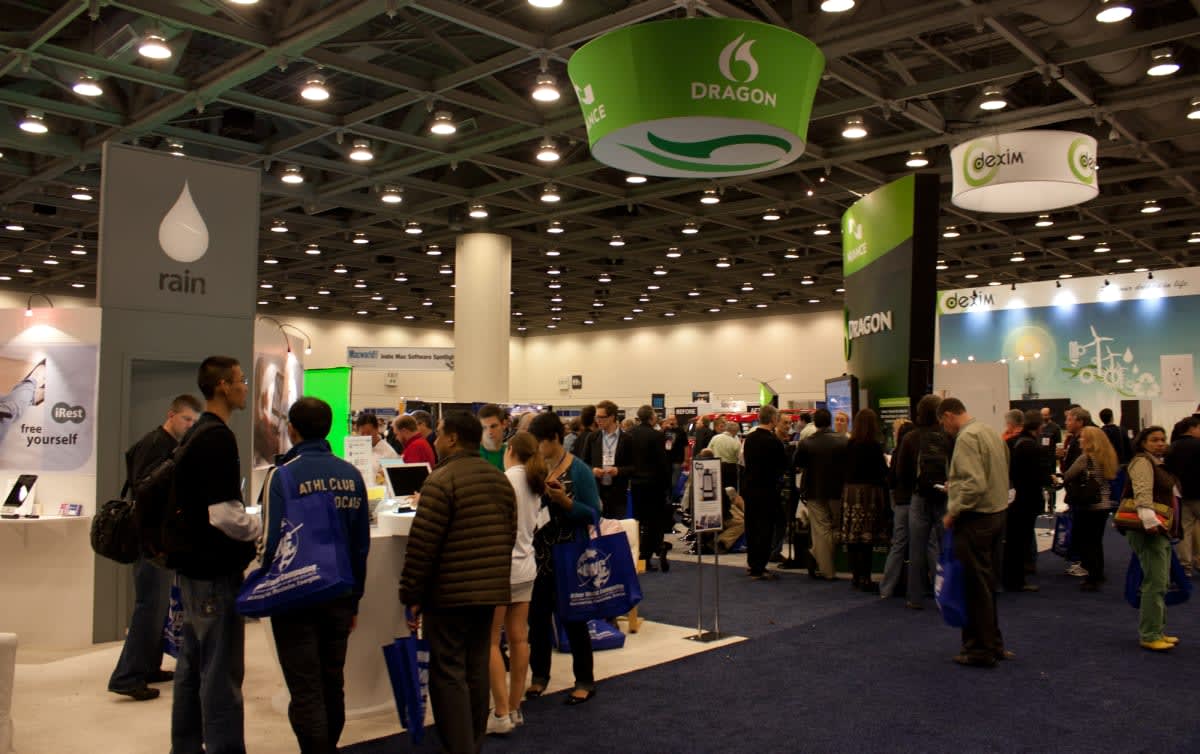 Since the dawn of the iPhone, Nuance has been working on delivering the full capabilities of its Dragon NaturalySpeaking voice recognition software to mobile devices. That started with the company's technology lending a hand to iOS' dictation capabilities (Nuance still won't talk about how it's working with Apple), as well as launching a handful of Dragon apps, which handled some basic dictation and integration with Dragon's desktop software. But with the release of Dragon Anywhere this fall, Nuance will finally bring most of Dragon's desktop capabilities to the iPhone and Android. That includes fast voice recognition, unlimited dictation time (no putting off your self-published novel now), custom word inserts and a wide array of editing options all powered by Nuance's Dragon cloud service. Dragon Anywhere is basically built for people who already rely heavily on its desktop sibling. Nuance hasn't settled on pricing yet, but a rep says it'll likely be around $15 a month or $150 a year.

For the most part, Dragon Anywhere seems best suited to field work that involves plenty of documentation. You can build up your own form with specific fields and navigate it entirely with your voice -- something that could be useful to field technicians, social workers, lawyers and the like. In a brief demonstration, it was able to fill out a variety of forms fairly accurately while Nuance's Peter Mahoney, CMO and general manager of Dragon, dictated notes in our noisy office. Of course, since it's powered by the cloud you'll still need an internet connection to make use of Dragon Anywhere. Mahoney said Nuance has explored offline mobile dictation (today's devices are certainly powerful enough), but for most use cases relying on the cloud still makes sense.

Dragon Anywhere will also synchronize with your desktop profile, allowing you to share custom phrases that you might already be relying on. While the app will improve over time, like most other Dragon solutions, those improvements aren't yet shared with its desktop counterparts. That could be something Nuance could implement down the line, Mahoney said, but it'll likely be a piecemeal process as the company synchronizes more elements of your voice profile with the cloud.

In this article: DragonAnywhere, mobilepostcross, Nuance, voicerecognition
All products recommended by Engadget are selected by our editorial team, independent of our parent company. Some of our stories include affiliate links. If you buy something through one of these links, we may earn an affiliate commission.