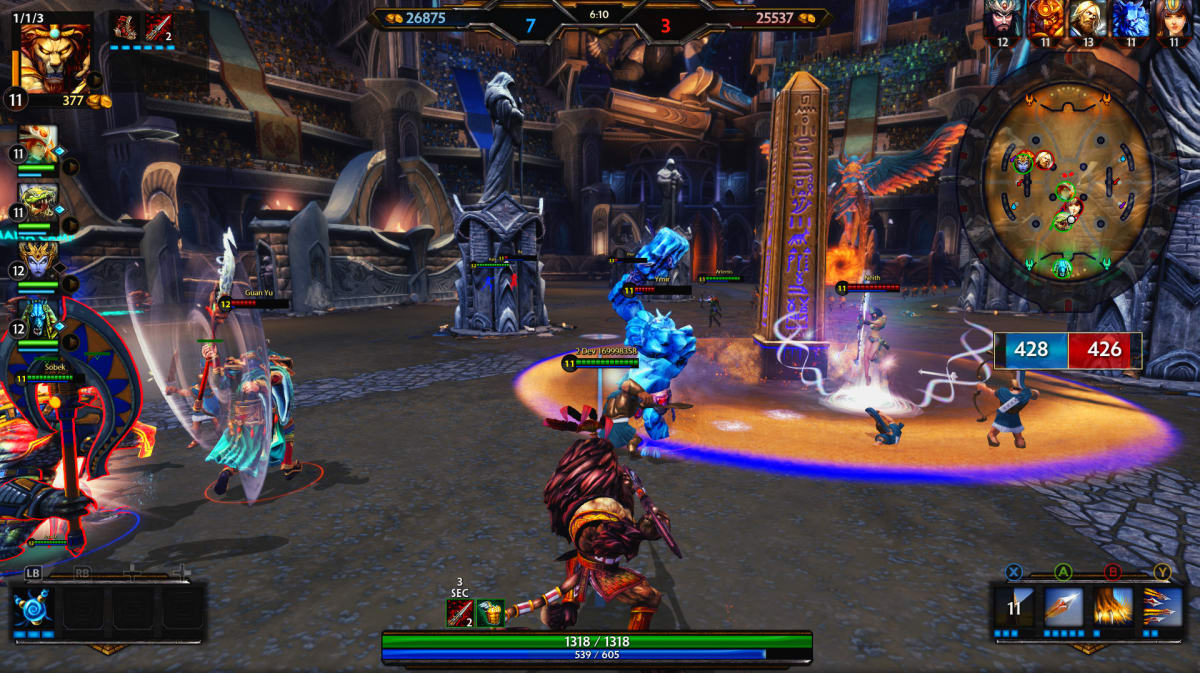 If you couldn't get into the beta for Hi-Rez Studios' Xbox One port of Smite, today's your lucky day: you never will. Today, the free-to-play third-person MOBA finally left beta for a full launch on Xbox Live. The game was originally slated for an early 2015 launch, but hit delays that extended the beta to summer. Waiting for a launch is always a drag, but at least we got some cool stats out of it -- according to Hi-Rez studios, players defeated more than 300,000 Gods (other players) and killed more than 3 million NPC minions during the beta. Yeesh. Want to join in on the number-crunching slaughter? Head over to Xbox Live -- the game is free.

Source: Xbox Live, Smite
In this article: hi-rez-studios, hirez, hirezstudios, smite, xbox, xboxone
All products recommended by Engadget are selected by our editorial team, independent of our parent company. Some of our stories include affiliate links. If you buy something through one of these links, we may earn an affiliate commission.