A video tour of the 1,000MPH Bloodhound supersonic car

World's fastest car to make 'slow' debut in the UK 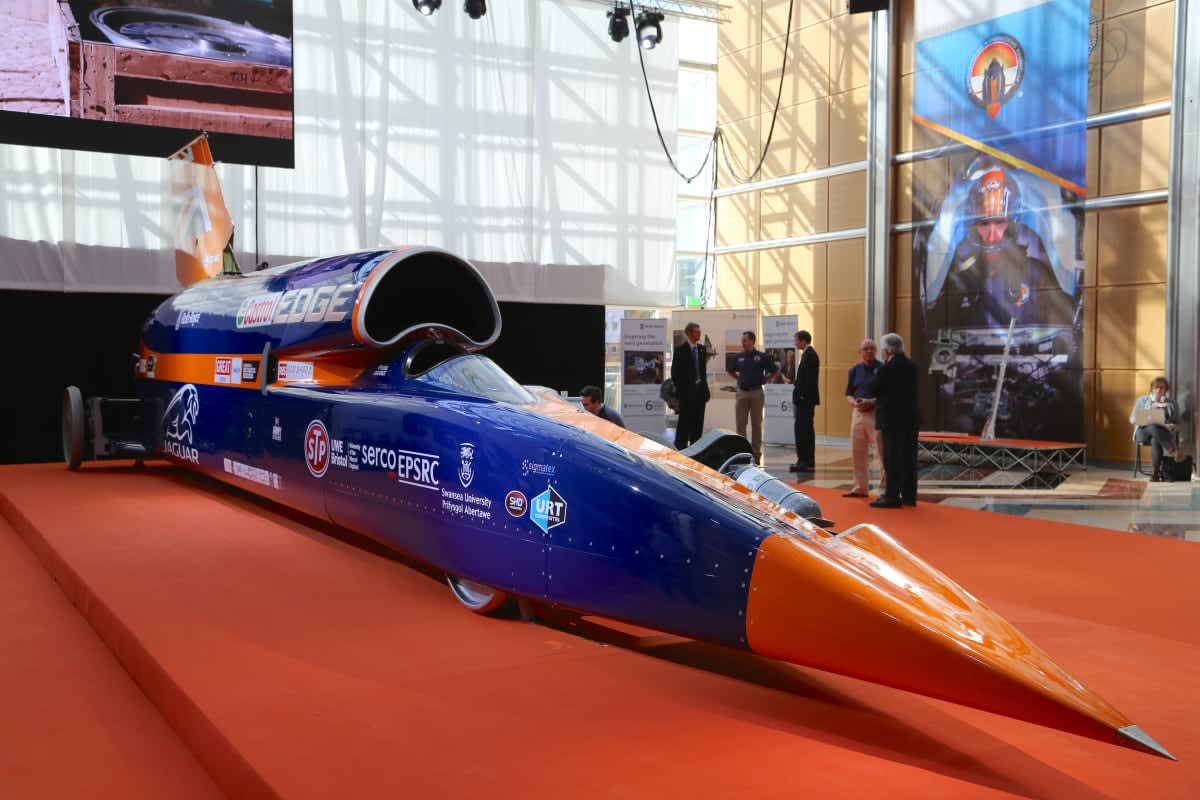 It's been almost seven years since the Bloodhound project was first announced at London's Science Museum. The team's mission is a simple one: to build a car that can thrash the 763MPH (1228KMH) land speed record set by the Thrust SSC in October 1997. The supersonic vehicle is designed to eclipse 1,000MPH (1609KMH) and after numerous delays, it's almost ready to hit the racetrack. Needless to say, it's an absolute monster.

The Bloodhound is being shown to the public for the first time today at London's Canary Wharf. It has three different power sources: a Rolls-Royce EJ2000 jet engine from an RAF Eurofighter Typhoon, a cluster of Nammo hybrid rockets and a supercharged Jaguar V8 engine that drives the rocket oxidizer pump. Together, they produce 135,000 brake horsepower: more than nine times the power of all the cars in Formula 1 combined.

RAF Wing Commander Andy Green, who set the previous record in the Thrust SSC, will drive the Bloodhound and attempt to make history once more. The team is planning some slower tests in Cornwall next Easter -- another agonising delay from November -- before hitting the desert in South Africa. A perfectly flat track 12 miles long and two miles wide has been constructed in the Hakskeen Pan, located in the country's North Western corner. The team will first attempt to reach 800MPH -- thereby setting a new world record -- before returning to the UK and reviewing the data. Once they're happy with the vehicle's performance, they'll travel to South Africa again to attempt the 1000MPH milestone.

In this article: 1000mph, bloodhound, bloodhoundssc, BloodhoundSupersonicCar, landspeedrecord, worldlandspeedrecord
All products recommended by Engadget are selected by our editorial team, independent of our parent company. Some of our stories include affiliate links. If you buy something through one of these links, we may earn an affiliate commission.