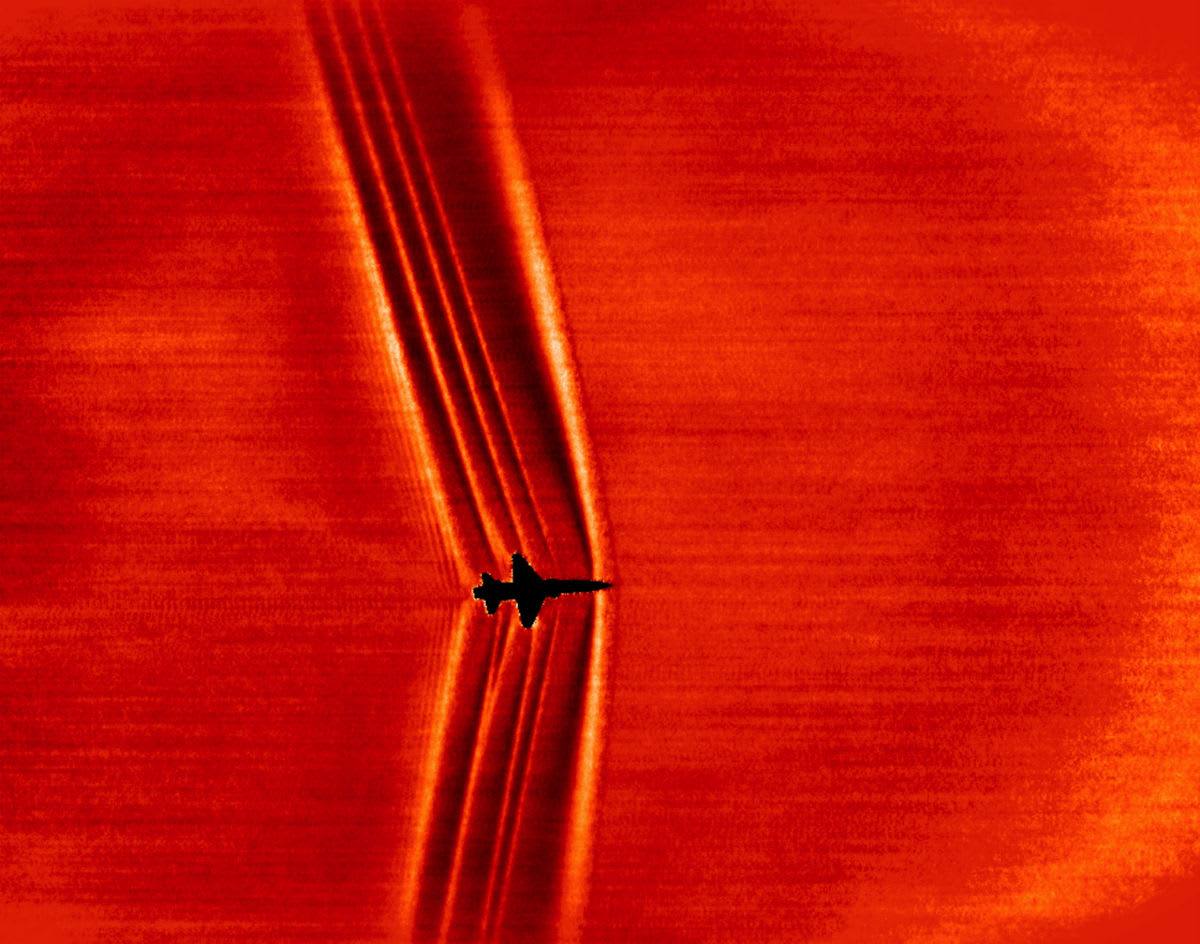 High speed photography techniques have the ability to capture some pretty incredible stuff. We've seen "compressed ultrafast photography" used to track light before and NASA is showing off new pictures of shockwaves taken using the "schlieren technique." To capture images like the one above, scientists took a carefully timed shot from the ground as an aircraft passed the edge of the sun or moon at supersonic speeds. The resulting image is then further refined and cleared up using NASA derived code, but once that has been done, the result is equal parts fascinating/beautiful as evidence by the images provided by NASA.

The method used to capture these images is called Background-Oriented Schlieren using Celestial Objects or BOSCO and has been used to capture things like air density gradients. "Using a celestial object like the sun for a background has a lot of advantages when photographing a flying aircraft," said Armstrong principal investigator Michael Hill. "We would like to try to use the BOSCO system on things other than aircraft. We could potentially perform schlieren photography on anything we could get between our camera and the sun."

Hill also noted that these images were captured using consumer grade astronomy equipment, adding that anyone interested will be able to produce similar images with a setup that costs around $3,000. Amateur photography just got a little more interesting.

Source: NASA
In this article: BackgroundOrientedSclierenusingCelestialObjects, BOSCO, moon, NASA, photography, sun
All products recommended by Engadget are selected by our editorial team, independent of our parent company. Some of our stories include affiliate links. If you buy something through one of these links, we may earn an affiliate commission.