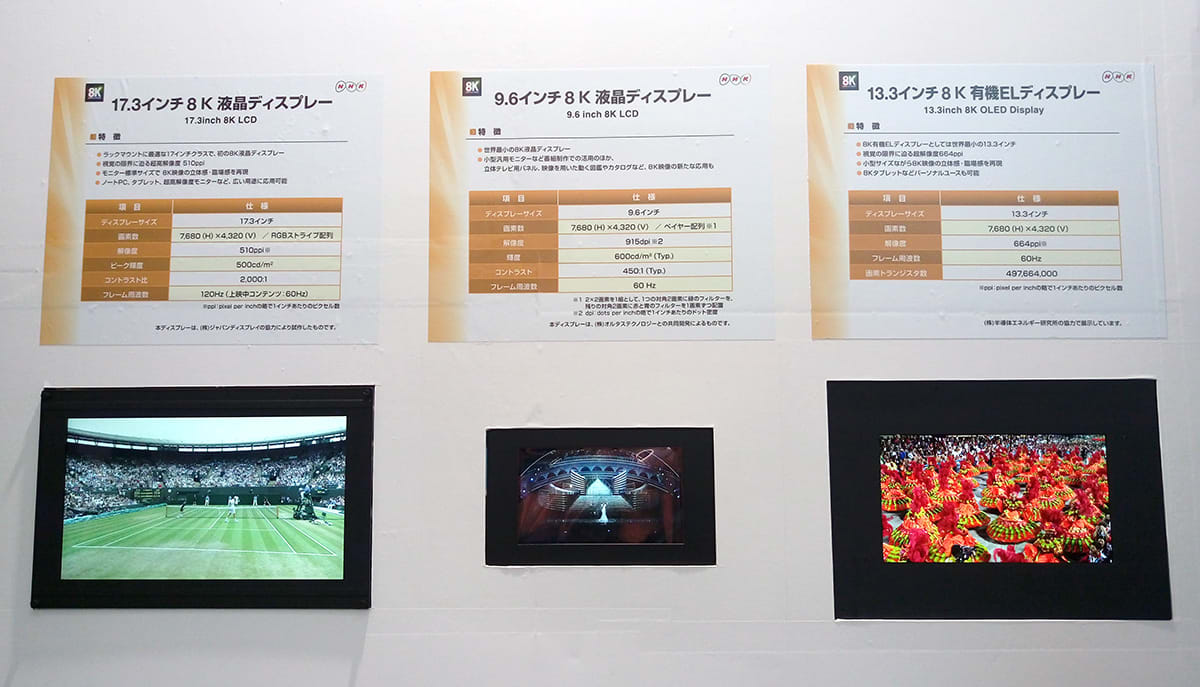 Most of us have barely touched 4K content, but the keen folks in Japan are already showing off some 8K displays, and we're not just talking about those of conventional TV sizes. At CEATEC, NHK brought along three upcoming 8K panels that may end up on future tablets, laptops and monitors. These include JDI's 17.3-inch LCD that was just announced last week, as well as Ortus' insanely sharp 9.6-inch LCD (that's a whopping 915 dpi!) from May, and Sharp/SEL's 13.3-inch OLED display. Even though the OLED panel was unveiled back in June last year, it's still by far the best 8K display out of the three; it's as if you're looking into another world, thanks to the combination of high contrast, strong vibrancy plus insanely sharp resolution. Alas, there's no launch date for any of these just yet, but a spokesperson from NHK hopes to see these come out before the Tokyo 2020 Olympic Games, which will be broadcast in 8K.

Coverage: The Japan Times
In this article: 8k, ceatec2015, display, hands-on, japan, japandisplay, jdi, lcd, monitor, oled, ortus, sel, sharp, SuperHi-Vision, SuperHiVision
All products recommended by Engadget are selected by our editorial team, independent of our parent company. Some of our stories include affiliate links. If you buy something through one of these links, we may earn an affiliate commission.