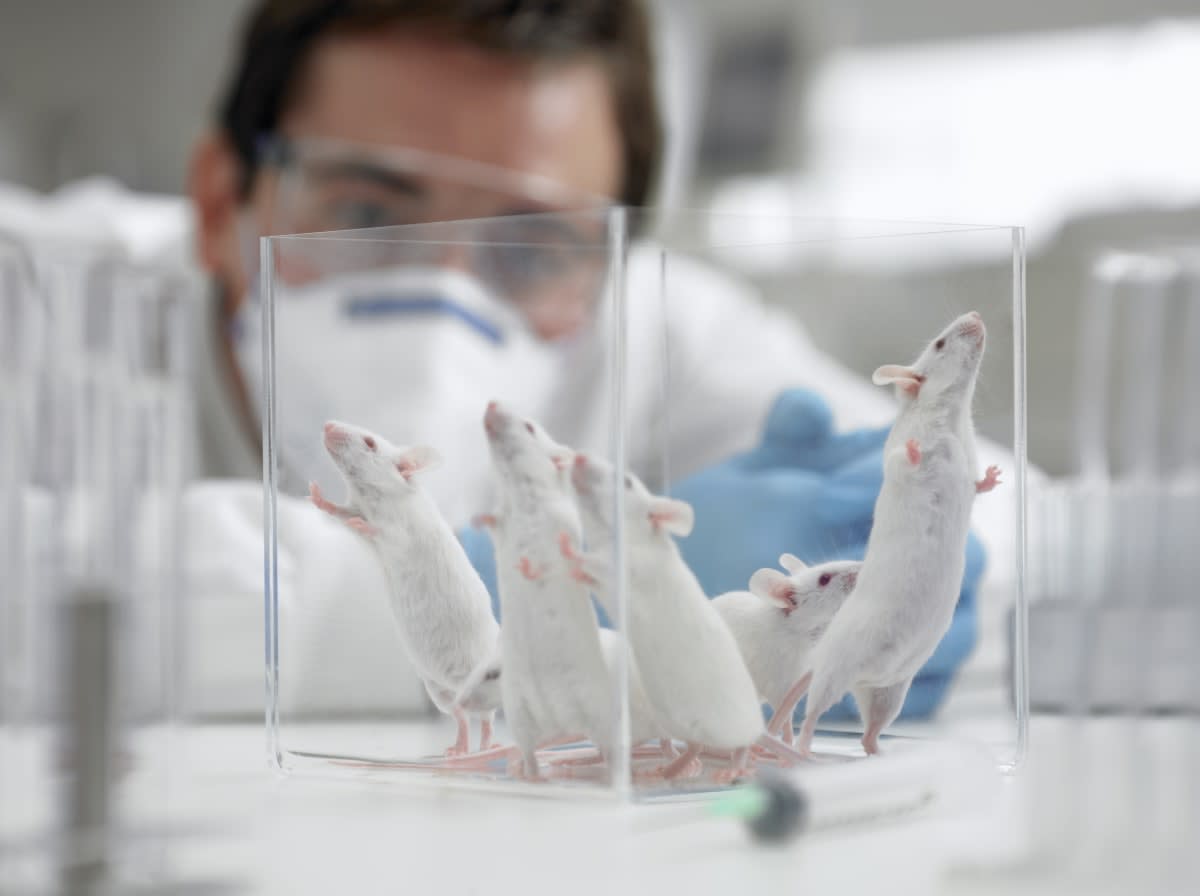 DARPA wants to modulate your nerves. The research agency's new Electrical Prescriptions (ElectRx) program is designed to discover the science and the technology that will stimulate the peripheral nervous system to detect and fight diseases. The nerves in this complex system are critical to all sensory and motor signal communications in the body. They constantly maintain and monitor your health status. When these nerves pick up a disruption, like an infection or injury, they trigger an automatic response in the brain or spinal cord that adjusts the workings of an affected organ to activate healing. But sometimes, when a disease compromises this natural flow of signals, the nerves produce a signal of pain or lead to autoimmune disorders, even diabetes. ElectRx is designed to address this glitch in the human system.

"Through the combination of a growing understanding of how the nervous system regulates many aspects of our health and advancing technology to measure and stimulate nerve signals, I believe we're poised to make fundamental changes to the way we diagnose and treat disease," program manager Doug Weber said in a statement. To that end, seven teams of researchers have been selected to research and demonstrate a way to modulate the nerves artificially so a healthy signal flow can be maintained for self-healing.

The agency's goal is to be able to prescribe a "therapeutic stimuli" when "unhealthy activity" is diagnosed. The teams will work on both experimental research and established technologies to discover and demonstrate the science needed to achieve that goal. At the end of the four-year program, DARPA hopes to implement the system in clinical trials as an alternative to traditional treatments for chronic pain, inflammatory disease, PTSD and more.

"DARPA has identified the gaps of knowledge and they have divided it into different areas," Elisa Konofagou, professor of biomedical engineering at Columbia University, who will be leading her team through the research of non-invasive ultrasound for neuromodulation in the program told Engadget. "They're hitting all the marks – the physiological relevance, clinical relevance and the technical challenges. [In the program], we have optical, magnetic, acoustics and electrical devices. So they're approaching it from all sides and trying to see which ones will be relevant for which organs." 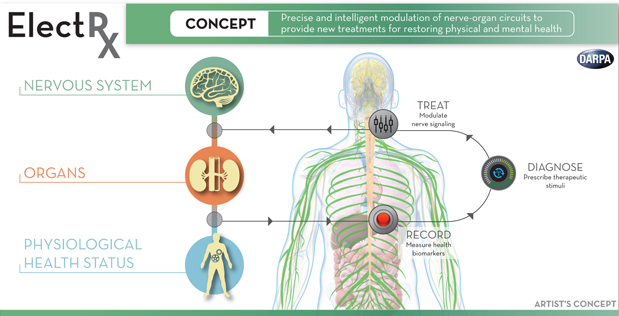 Konofagou's team is on the experimental side of the spectrum. Instead of looking at electrical stimulation, which she believes is the most intuitive but also the most invasive because it requires electrodes to be implanted deep in the body, her team is working on an alternative. "We want to use a surrogate, which will be ultrasound," she says. "It has the potential of being applied non-invasively and can be used to be focused at different depths." At the end of phase one, which will span the first two years of the program, the team will need to demonstrate proof of concept in mice before moving on to behavioral testing and efficacy stages of the stimulation.

ElectRx is as much about about finding the science needed to maintain good health as it is about understanding the mechanisms that make it possible. In this case, Konofagou's team will study mechanical waves of an ultrasound to see why they might bring about the desired stimulation. "The mechanism is the most challenging because as engineers we like to run with whatever works and we don't always care why it works," she says. "That stuff takes a much longer time to figure out. But DARPA wanted to figure this out too."

In this article: DARPA, DarpaExperiment, ElectricalPrescriptions, ElectRX, NervousSystem
All products recommended by Engadget are selected by our editorial team, independent of our parent company. Some of our stories include affiliate links. If you buy something through one of these links, we may earn an affiliate commission.