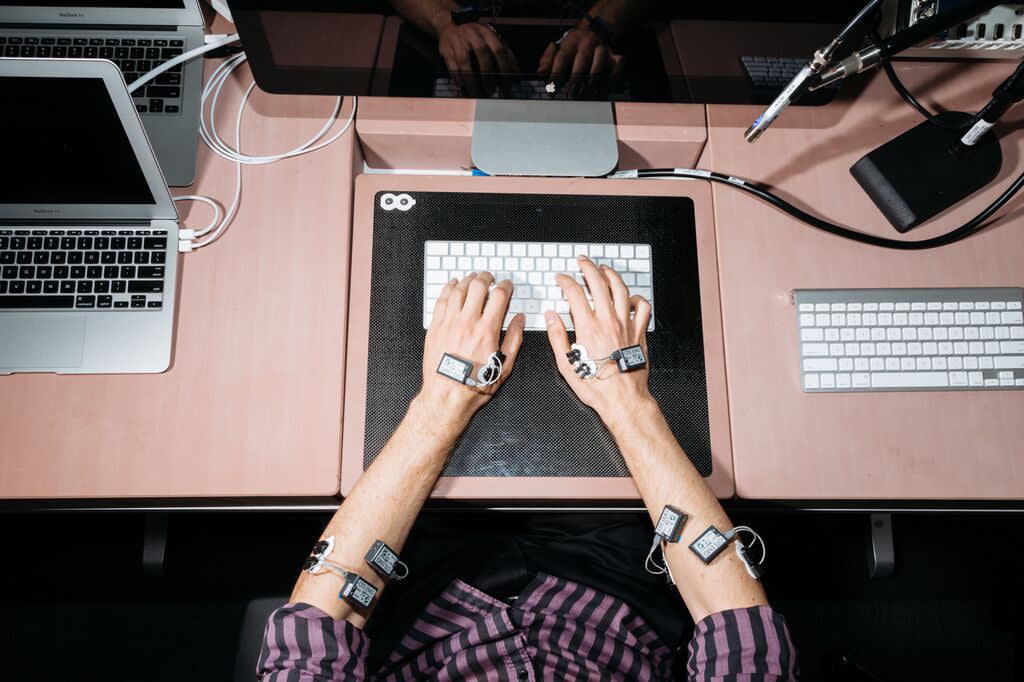 Design seems to be at the heart of every new Apple product. In the company's eyes, a new laptop or tablet shouldn't just perform well -- it has to look, feel and sound right too. But just how far does the company go to maintain this vision? Ridiculously far, it turns out. To coincide with the latest iMacs, Backchannel was given an exclusive look at the Input Design Lab where Apple tests new keyboard, trackpad and mouse prototypes. The methods used are numerous, extensive and eye-opening; in one, Apple attaches sensors to testers to measure muscle fatigue and memory, acoustics and accuracy. In another, robots type repeatedly on keys and move mice around to measure their general performance, endurance, and adaptability on different surfaces. Some of these tests can reportedly require up to five million key taps. It's rare for Apple to give this much insight into its R&D facilities, so hit up Backchannel's article for all of the photos and intriguing tidbits.

Source: Backchannel
In this article: apple, imac, keyboard, lab, mac, mouse, prototype, trackpad
All products recommended by Engadget are selected by our editorial team, independent of our parent company. Some of our stories include affiliate links. If you buy something through one of these links, we may earn an affiliate commission.