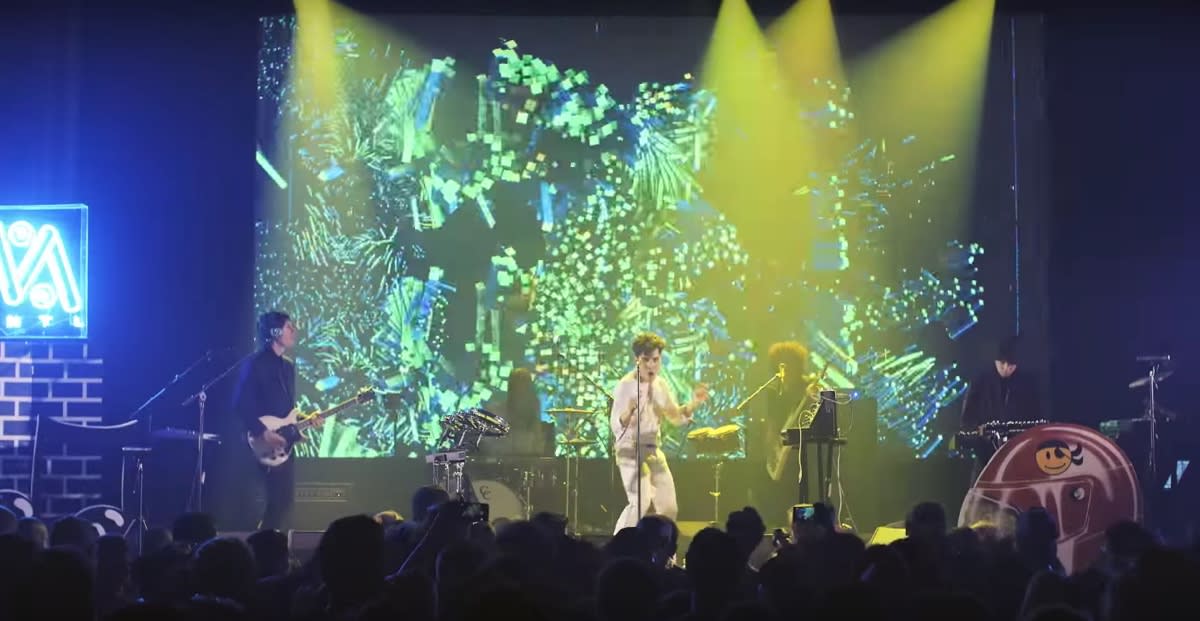 The combination of the electronic band Neon Indian and Microsoft's Kinect makes so much sense it seems practically inevitable. During Neon Indian's performance at the CMJ Music Marathon in NYC this month, it used five Kinect sensors to capture the movement of band members, the results of which were projected in a trippy light performance behind them. You can see the Xbox One Kinect sensors set up throughout the stage for its performance of "The Glitzy Hive" from its latest album, VEGA INTL. Night School, in the video below. We've seen plenty of other intriguing uses of Kinect for music performances -- even the Seattle Symphony has experimented with it -- but it's still interesting to see how different artists approach Microsoft's motion-sensing camera. Neon Indian will be using the Kinect setup in select locations throughout its upcoming tour, and you can get a better sense of how it works after the break.

Via: Wired
In this article: microsoft
All products recommended by Engadget are selected by our editorial team, independent of our parent company. Some of our stories include affiliate links. If you buy something through one of these links, we may earn an affiliate commission.