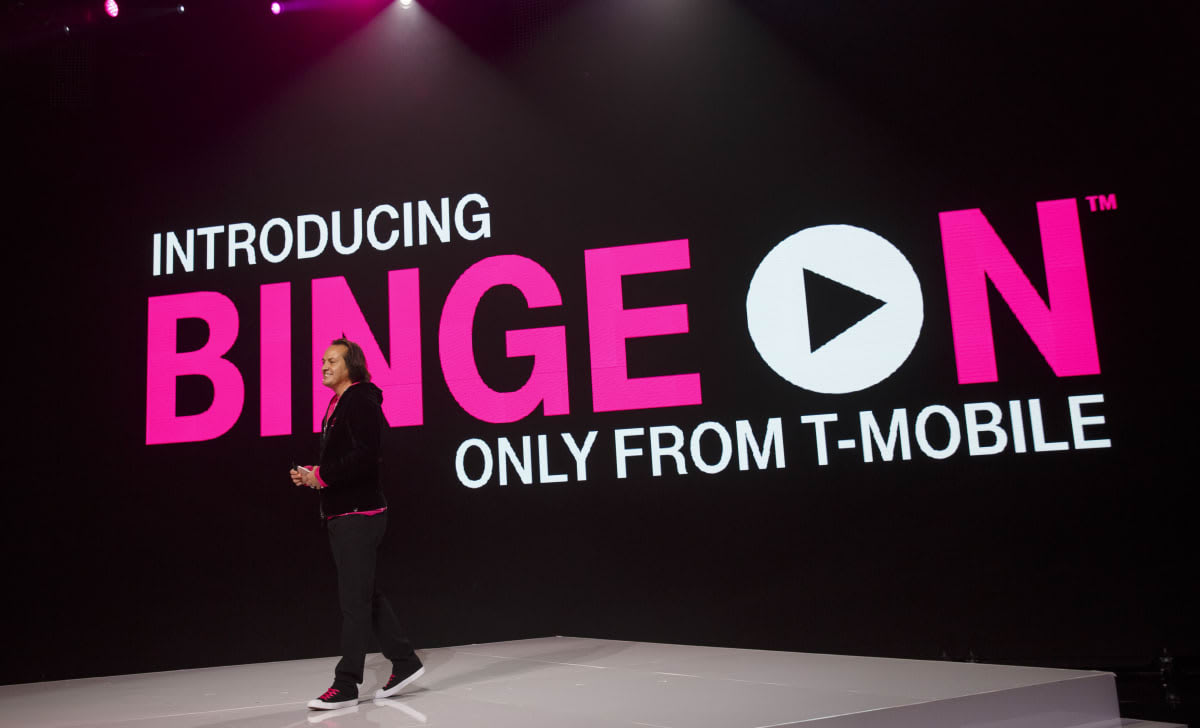 T-Mobile's Binge On feature, which allows subscribers to watch videos from select services without using up their data, has raised eyebrows... and net neutrality concerns. FCC Chairman Tom Wheeler, however, isn't only OK with it, he also praised the plan, according to Ars Technica. "Its clear in the Open Internet Order that we said we are pro-competition and pro-innovation. Clearly this meets both of those criteria. It's highly innovative and highly competitive," Wheeler replied when a reporter asked him about Binge On at the FCC's open meeting for November.

The feature has garnered criticism in the past, with The New York Times wondering if "it will inappropriately distort how consumers use the Internet." Ars also notes that an advocacy group once said it could have negative implications and that it would be better if T-Mobile allows consumers to choose which services to include. At the moment, subscribers are able to watch 480p+ quality videos for free from Netflix, HBO Go, HBO Now, Hulu, Vevo, Ustream and a number of other services. MetroPCS, a prepaid provider the carrier owns, recently introduced a similar feature called Data Maximizer. Just like Binge On, it optimizes videos from select services, which subscribers can watch without making a dent in their data allowance.

Source: Ars Technica
In this article: bingeon, fcc, mobilepostcross, netneutrality, t-mobile
All products recommended by Engadget are selected by our editorial team, independent of our parent company. Some of our stories include affiliate links. If you buy something through one of these links, we may earn an affiliate commission.