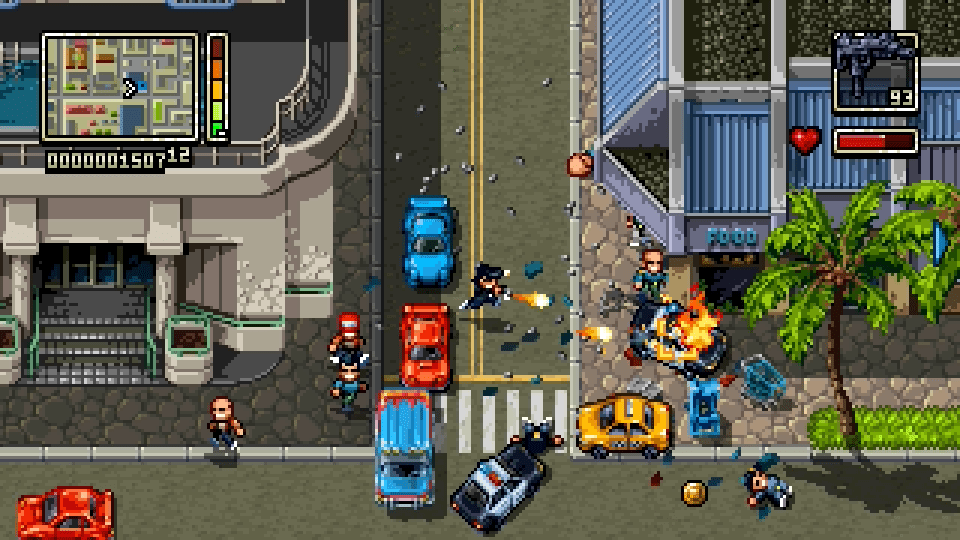 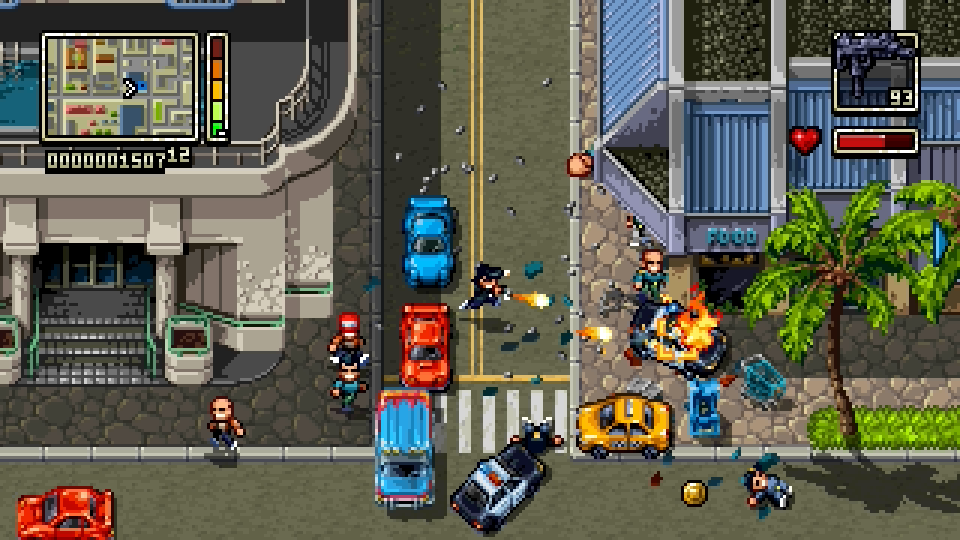 Retro City Rampage is getting a sequel named Shakedown Hawaii. Like RCR, Shakedown is a top-down action game in the same vein as the original Grand Theft Auto. The new game is set 30 years after RCR and promises a large open world to explore. It also swaps in "16-bit" graphics in place of the original's "8-bit" look, and adds destructible environments to the mix. It's been confirmed for launch on PC, PlayStation 4 and PlayStation Vita. Developer Vblank says this isn't a Sony console exclusive per se, but it's not going for an Xbox One launch as RCR hasn't been ported to Microsoft's machine, making development more complex. It'll also come to "at least one Nintendo platform" at some point. Vblank tells Polygon that a 3DS release is being targeted, and it's waiting to hear more about Nintendo's next-gen "NX" console before it makes a decision on a port.

After releasing on PC in 2012, Retro City Rampage has been ported to numerous platforms, including the PS3, PS4, Xbox 360, Wii, Linux, and even Microsoft DOS. It's sold over 400,000 copies, and found its way to many more Sony consoles through PlayStation Plus promotions. Expect the new game to pay homage to a lot of 16-bit video games -- although inspired heavily by Grand Theft Auto, the original was a pastiche of classic 8-bit titles and included 2D platforming sections. Shakedown Hawaii will be playable at Sony's upcoming PlayStation Experience event, after which we'll hopefully find out more about the title and its release schedule.

Source: PlayStation Blog
Coverage: Polygon
In this article: gaming, microsoft, nintendo, RetroCityRampage, sony, VBlank
All products recommended by Engadget are selected by our editorial team, independent of our parent company. Some of our stories include affiliate links. If you buy something through one of these links, we may earn an affiliate commission.