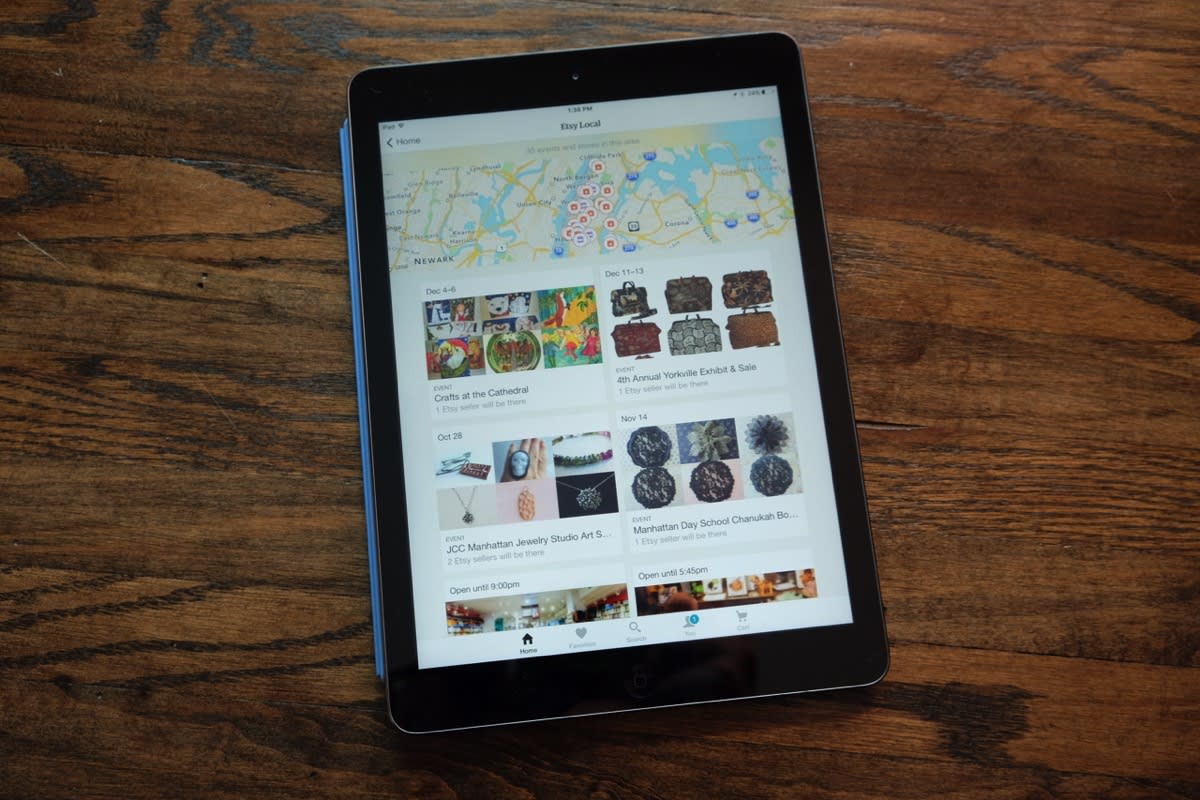 Online marketplace Etsy has put a lot of effort into helping its users find local places to buy its goods, whether online or offline -- the company added local listings to its mobile app and launched a same-day delivery service in NYC. Now the company is launching some new curated local buying guides for four cities: Chicago, Austin, Philadelphia and Los Angeles. (New York City is coming soon.) The content in these guides was pulled together by the Etsy Wholesale team, a part of the site that connects retailers with craftspeople who can produce goods at a higher scale. However, these local shops appear to stock items by a number of craftsmakers who also sell their wares on the standard Etsy site.

The guides were actually launched last year, but only in a physical format. To go digital, Etsy partnered with On The Grid rather than host this content on its own site. On the Grid already has a number of city guides, all created by various curators but hosted and designed in a similar fashion. Etsy's guides follow this design, though with the signature Etsy orange color. Once you pick a city, you can browse shops based on what types of items you're looking for or just check out a map to see what's nearby.

All in all, it's a nice looking site that fits well with Etsy's own aesthetic, so consumers likely won't be thrown off by using these tools. An Etsy spokesperson called On the Grid "a great partner because their design aesthetic, audience and mission aligns well with Etsy's." It sounds like these guides aren't a temporary initiative, either -- Etsy says it'll launch more in more cities over the next year.

Via: Fast Company
Source: Etsy City Guides
In this article: crafts, culture, etsy, etsycityguides, etsylocal, internet, onlineshopping, shopping
All products recommended by Engadget are selected by our editorial team, independent of our parent company. Some of our stories include affiliate links. If you buy something through one of these links, we may earn an affiliate commission.