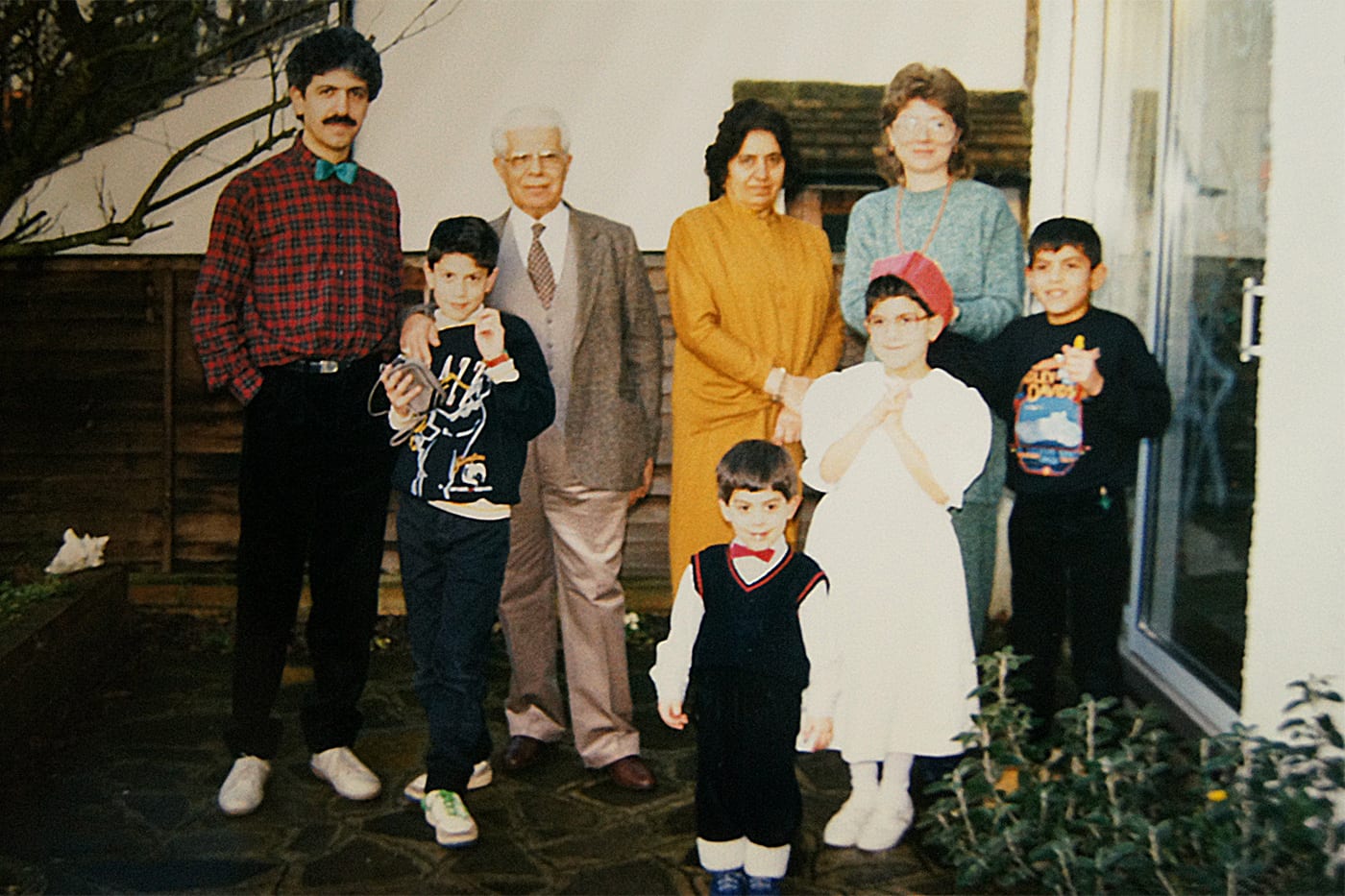 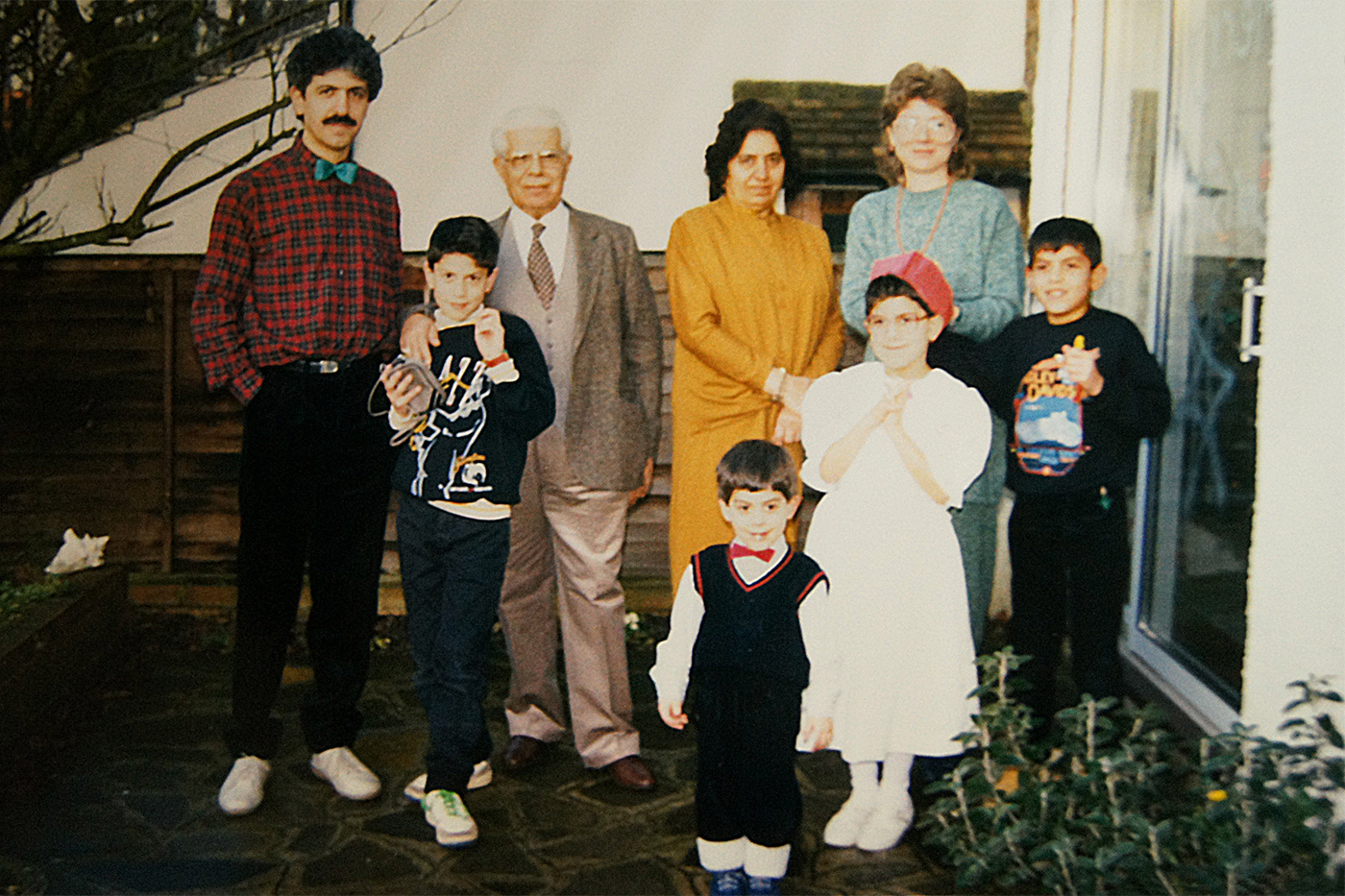 A Souppouris family Christmas photo from 1987. (That's me in the red bowtie in the middle).

The most my parents generally had to do for a Christmas present was remember to buy batteries. Okay, maybe I'm underselling their role. One year they got me a bike, and somehow kept it hidden from me until the big day. I would've been five at the time, and it was worth it, I'm sure. I don't actually recall my reaction but it was probably joy interrupted by despair at being told I couldn't ride it indoors. Some 25 years later, and I've spent what seems like a lifetime setting up Christmas presents this year.

My nine-year-old is getting his first proper laptop -- an HP Stream 11 -- and my five-year-old step-son is getting his first ever tablet -- an Amazon Fire Kids Edition. The latter was up and running in no time. It came preconfigured with my Amazon account, so all I had to do was tell the tablet the name of the kid that'd be using it, how old he was, and what I wanted him to access, and we were good to go. Result! The laptop, though. The laptop has been an ordeal.

It arrived on Monday morning, and after work I diligently opened it up to login, update and set up all the necessary parental controls. After logging into my Microsoft account, I was quickly prompted to upgrade to Windows 10. "Glad I did this now," I thought to myself.

Windows 10 took four hours to download. I'm not sure why -- a 10GB download typically takes 20 minutes or so on my connection -- but I survived. It was almost midnight by the time it had downloaded, but with some emails left to answer, I figured I may as well stay up for the installation. About 15 minutes in an error appeared. 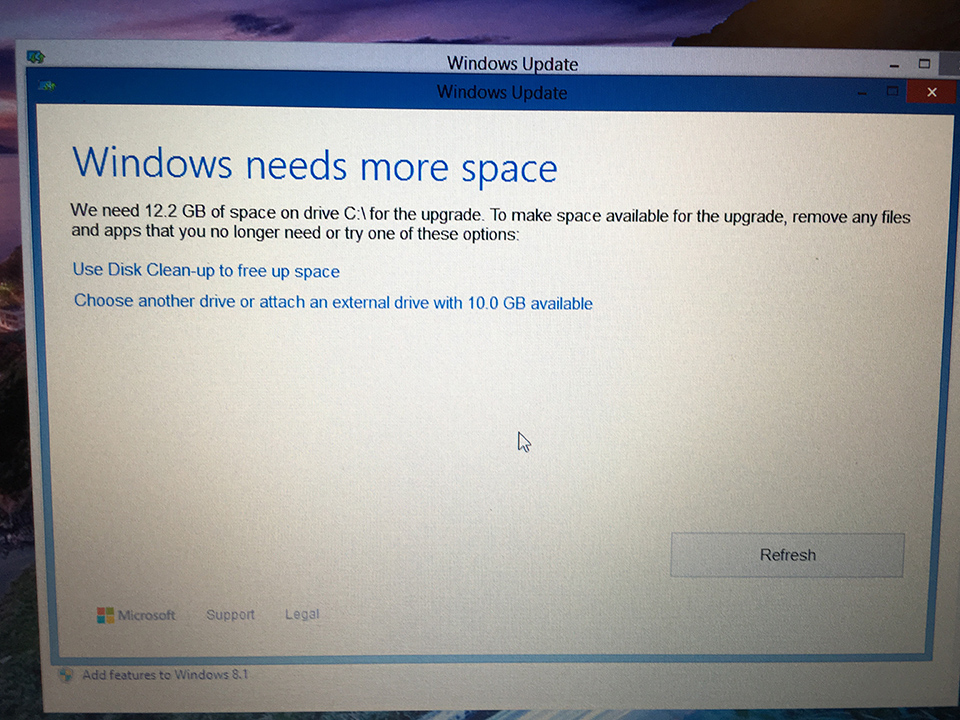 "Why didn't you tell me this four and a half hours ago?" I sighed.

Beneath the warning I had two options: use Disk Clean-up to free some space (I checked, it would've freed 2.6MB), or insert a USB drive with 10GB of free space. It seems to me that HP and Microsoft should've really thought about this beforehand. Either way, I didn't have a USB drive to hand, so at 00:30, I gave in to the urge to sleep.

The next night, I opened the Steam 11, vitriol freshly spewed, ready to get this thing ready to be wrapped. The upgrade was pretty painless. About an hour later, and I was in Windows 10. On setting up my son's sub-account, I was presented with an intriguing option.

Just told Windows 10 the user of this laptop will be a 9yo. It has a *great* suggestion on how to improve experience pic.twitter.com/itm2DhneHX

Checkboxes unchecked, I was ready to install Office. As a subscriber to Office 365 Home, this was going to be simple, right? I was signed into Windows with my Microsoft account, after all, and it has a valid license for Office 365.

I first typed "Office" into search, assuming it would be pre-installed or at least there'd be a quick downloader. Nope. I then clicked the "Get Office" button on the start menu, assuming it would offer me a download. Nope. Instead, I was presented with two options: buy Office, or try Office. Neither was applicable. I headed to the Windows Store and searched for Office. It wasn't there. There was a link that kicked me into the browser, though.

From the browser, I logged, in, downloaded the installer, and started the setup. Away we go! Some 45 minutes later, I was presented with an error dialog:

Setting up a brand new laptop with Windows 10: Step 4 pic.twitter.com/ylXdsqdhcw

Fast-forward to Christmas Eve, and I diagnosed the issue. It was a simple enough fix -- a quick cleanup job, the error caused by leftovers from upgrading the OS. Next, I opened up Word, activated Office, logged out, and into the profile I'd set up for my nine-year-old.

On logging into Word with his profile, I discovered he would have full access to the contents of my OneDrive. I'm not sure that him reading my Engadget articles is the worst thing in the world, but there are also a few legal documents and other correspondences that would be confusing for a kid. This was kind of my fault -- apparently I had to invite him to use the account, and then set it up with his email instead of my own.

With that taken care of, all that was left was to leave him a soppy note, log out, and get with the wrapping. All told, the saga spanned four nights and took some eight hours or so.

I think he's getting a bike next year.

In this article: christmas, gadgetry, gadgets, gear, hp, HPStream11, microsoft, Office, Office365, presents, Stream
All products recommended by Engadget are selected by our editorial team, independent of our parent company. Some of our stories include affiliate links. If you buy something through one of these links, we may earn an affiliate commission.