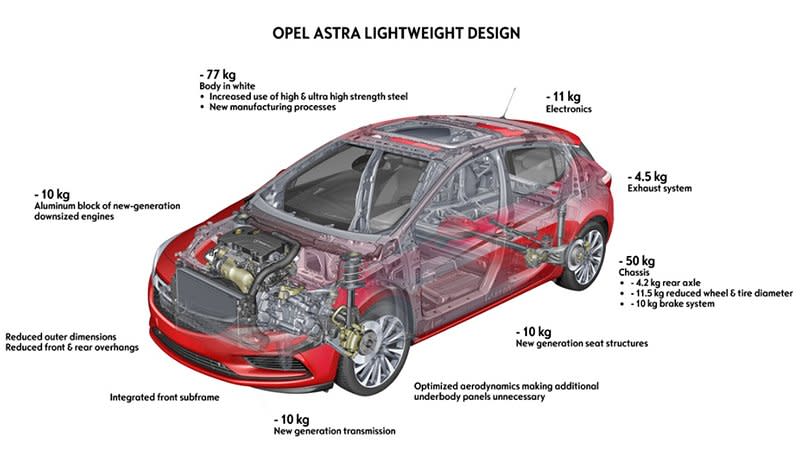 Scientists at UCLA have found a new way to inject silicon carbide nanoparticles into a molten alloy of magnesium and zinc, resulting a metal nanocomposite that demonstrates "record levels" of stiffness-to-weight and specific strength, and "superior stability" at high temperatures. Magnesium is already the lightest structural metal, this lab creation maintains its light weight but makes it much stronger. The researchers said they also developed a scalable manufacturing process, opening up a door to lighter and stronger cars, planes, medical devices, and electronics.

Silicon carbide is the ultra-hard material used in car clutches and carbon ceramic brakes. Nanoparticles have been injected into molten metal before, but the particles tend to clump together. The UCLA breakthrough came in getting silicon carbide nanoparticles to spread evenly throughout the molten magnesium, then using high-pressure torsion to compress the resulting metal and make it even stronger. By weight, the alloy is 14 percent silicon carbide, 86 percent magnesium. Head researcher Xiaochun Li said this first successful effort is "just scratching the surface of the hidden treasure for a new class of metals with revolutionary properties and functionalities."

This advance could be part of the solution to stricter corporate average fuel economy dictates on the way. On the alt-fuel side, being able to produce a lighter, stronger electric-vehicle chassis would help overcome some of the weight of the battery pack. Nevertheless, while the researchers say magnesium is abundant and they have a scalable manufacturing method, the question is, 'At what price?' The press release below has more.

December 23, 2015 - A team led by researchers from the UCLA Henry Samueli School of Engineering and Applied Science has created a super-strong yet light structural metal with extremely high specific strength and modulus, or stiffness-to-weight ratio. The new metal is composed of magnesium infused with a dense and even dispersal of ceramic silicon carbide nanoparticles. It could be used to make lighter airplanes, spacecraft, and cars, helping to improve fuel efficiency, as well as in mobile electronics and biomedical devices.

To create the super-strong but lightweight metal, the team found a new way to disperse and stabilize nanoparticles in molten metals. They also developed a scalable manufacturing method that could pave the way for more high-performance lightweight metals. The research was published today in Nature.

"It's been proposed that nanoparticles could really enhance the strength of metals without damaging their plasticity, especially light metals like magnesium, but no groups have been able to disperse ceramic nanoparticles in molten metals until now," said Xiaochun Li, the principal investigator on the research and Raytheon Chair in Manufacturing Engineering at UCLA. "With an infusion of physics and materials processing, our method paves a new way to enhance the performance of many different kinds of metals by evenly infusing dense nanoparticles to enhance the performance of metals to meet energy and sustainability challenges in today's society."

Structural metals are load-bearing metals; they are used in buildings and vehicles. Magnesium, at just two-thirds the density of aluminum, is the lightest structural metal. Silicon carbide is an ultra-hard ceramic commonly used in industrial cutting blades. The researchers' technique of infusing a large number of silicon carbide particles smaller than 100 nanometers into magnesium added significant strength, stiffness, plasticity and durability under high temperatures.

The researchers' new silicon carbide-infused magnesium demonstrated record levels of specific strength — how much weight a material can withstand before breaking — and specific modulus — the material's stiffness-to-weight ratio. It also showed superior stability at high temperatures.

Ceramic particles have long been considered as a potential way to make metals stronger. However, with microscale ceramic particles, the infusion process results in a loss of plasticity.

Nanoscale particles, by contrast, can enhance strength while maintaining or even improving metals' plasticity. But nanoscale ceramic particles tend to clump together rather than dispersing evenly, due to the tendency of small particles to attract one other.

To counteract this issue, researchers dispersed the particles into a molten magnesium zinc alloy. The newly discovered nanoparticle dispersion relies on the kinetic energy in the particles' movement. This stabilizes the particles' dispersion and prevents clumping.

To further enhance the new metal's strength, the researchers used a technique called high-pressure torsion to compress it.

"The results we obtained so far are just scratching the surface of the hidden treasure for a new class of metals with revolutionary properties and functionalities," Li said.

The new metal (more accurately called a metal nanocomposite) is about 14 percent silicon carbide nanoparticles and 86 percent magnesium. The researchers noted that magnesium is an abundant resource and that scaling up its use would not cause environmental damage.

The paper's lead author is Lian-Yi Chen, who conducted the research as a postdoctoral scholar in Li's Scifacturing Laboratory at UCLA. Chen is now an assistant professor of mechanical and aerospace engineering at Missouri University of Science and Technology.

The other authors on the paper are Hongseok Choi, of Clemson University; Xiaolong Ma, of North Carolina State University; Sanjit Bhowmick of Hysitron, Inc. of Minneapolis; and Suveen Mathaudhu of UC Riverside.

The research was funded in part by the National Institute of Standards and Technology.
All products recommended by Engadget are selected by our editorial team, independent of our parent company. Some of our stories include affiliate links. If you buy something through one of these links, we may earn an affiliate commission.