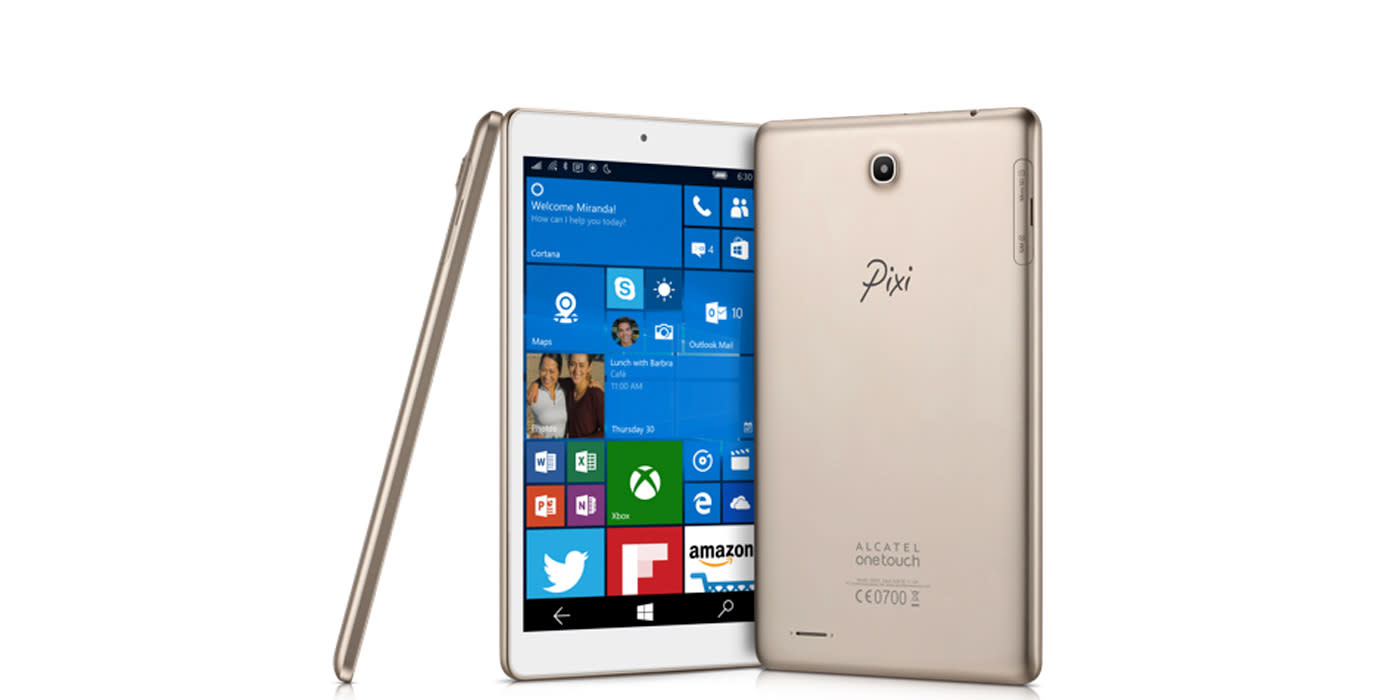 Alcatel OneTouch is primarily focusing on Android phones these days, but it's not averse to showing Microsoft some affection. The company is coming to CES with the Pixi 3 tablet, its first slate running Windows 10 Mobile (or any mobile version of Windows, for that matter). There's not much to say about the 8-inch device's specs just yet, but Alcatel is promising GPS, TV remote control and voice call support in an "entry level" design. In short, you won't pay much to get a fairly complete Windows experience -- the only unknowns for the Pixi 3 are its exact price and when it ships.

Update 1/5: The tablet will sell for the equivalent of $199 in Europe and Latin America. There's no mention of a US release, but Alcatel OneTouch is open to the possibility if there's enough demand.

In this article: alcatelonetouch, ces, ces2016, gear, mobile, personal computing, personalcomputing, pixi3, pixi3tablet, tablet, tcl, windows10, windows10mobile
All products recommended by Engadget are selected by our editorial team, independent of our parent company. Some of our stories include affiliate links. If you buy something through one of these links, we may earn an affiliate commission.