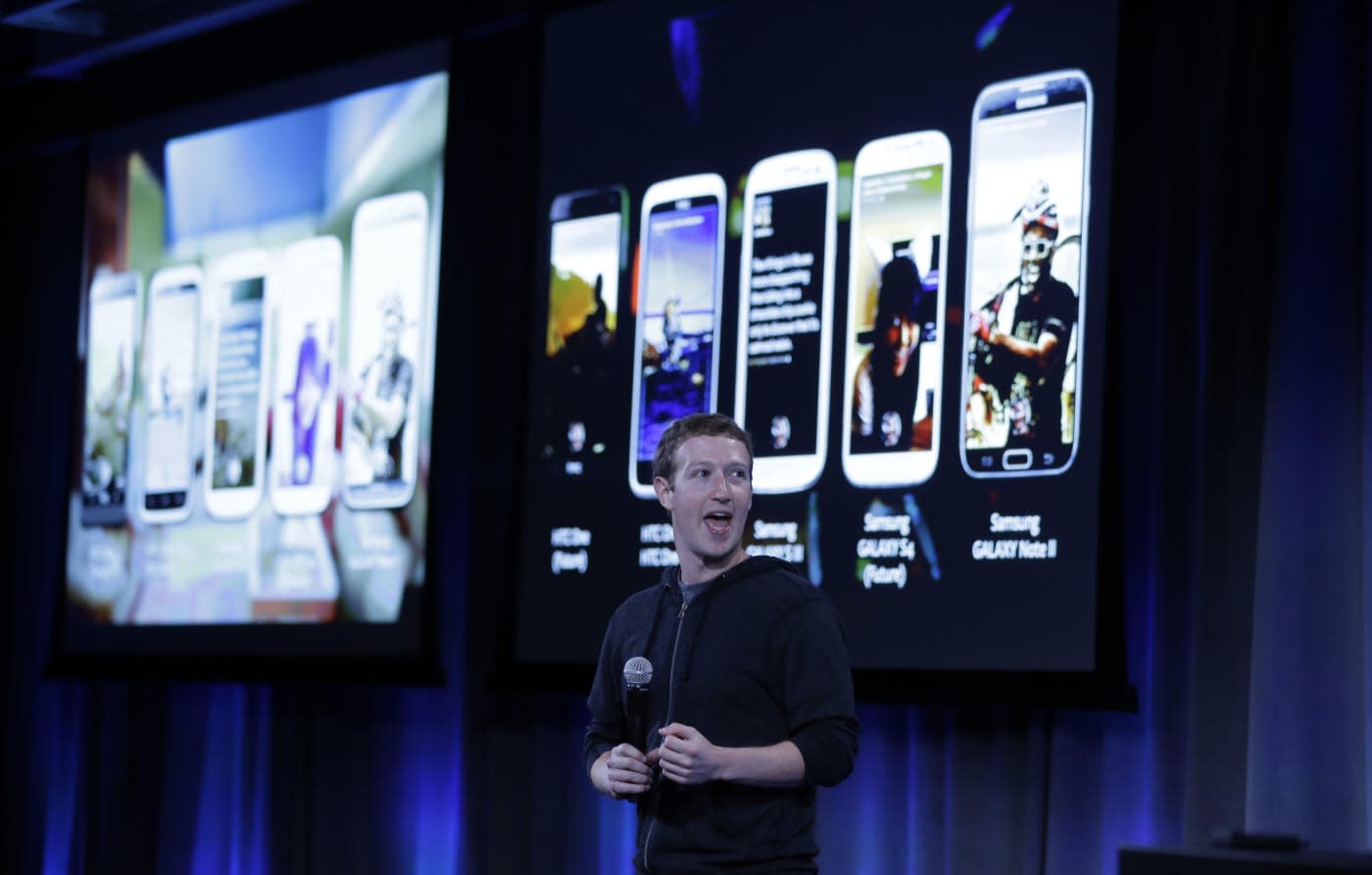 It won't shock you to hear that Facebook and Google are at odds with each other given their competing ad and search interests, but it now sounds like Facebook is ready if things ever really go down the tubes. The Information's sources hear that the social network has a years-old contingency plan should Google ever pull its Android app from the Play Store. To begin with, Facebook would replicate many of the services that you get through Google Play-enabled apps, like in-app purchases and updates. It has also explored ways to help people download its app outside of a store, and considered alternatives to Google Maps for location info.

Facebook may have even gone so far as to test Android users' dependence on its app. Reportedly, it knowingly introduced crashing glitches to see whether or not people would abandon Facebook if they couldn't use its native app on Google's platform. It doesn't have anything to worry about, according to the findings -- users would rather stick to the mobile website than lose contact with their online friends.

There aren't any signs that Facebook would need this Hail Mary play in the near future, especially when the two sides are tearing down some walls. Having said this, it's doubtful that Zuckerberg and crew would give up a competitive tool like this any time soon. With this kind of hedge in place, Google would shoot itself in the foot if it dared to yank the app. While there would be an inconvenience for Facebook users, Google would lose both a big draw to the Play Store and a source of in-app revenue. Moreover, this would let Facebook easily ditch the Play Store if it decides that Google's app policies are too restrictive.

It's not known if Google was aware of this fallback before now, but it wouldn't be surprising if the search giant had at least considered the possibility. Facebook isn't commenting on the apparent leak, at any rate. Either way, the move (if true) should prevent any corporate rivalries from wrecking your social experience any time soon.

In this article: android, facebook, gear, google, googleplay, internet, mobile, services, smartphone, socialnetwork, socialnetworking
All products recommended by Engadget are selected by our editorial team, independent of our parent company. Some of our stories include affiliate links. If you buy something through one of these links, we may earn an affiliate commission.