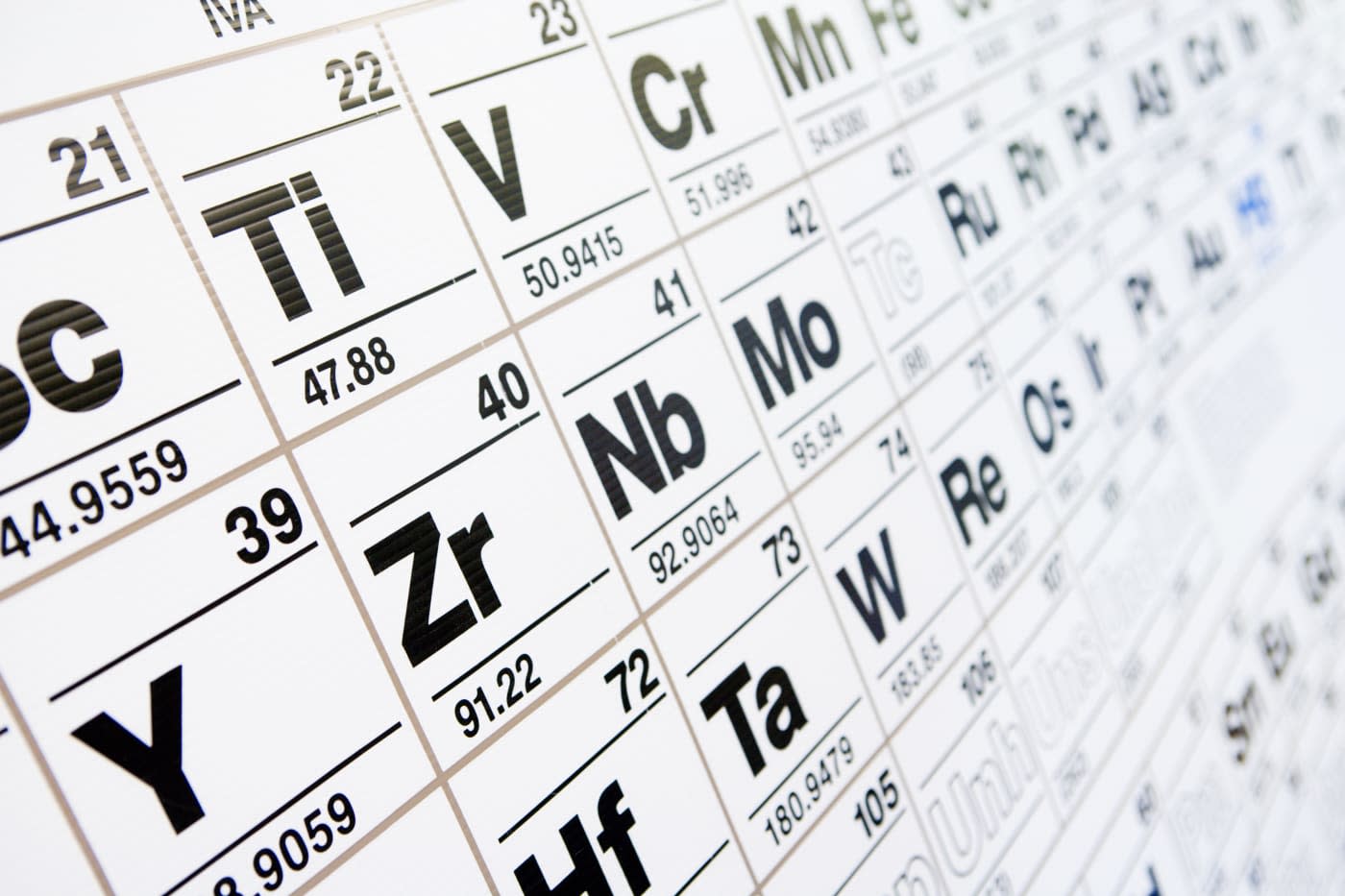 Science teachers will soon be instructing their pupils to buy new textbooks or crudely add four new elements to their copy of the periodic table. The chemical substances known as 113, 115, 117 and 118 were verified on December 30th by a special team made from the International Union of Pure and Applied Chemistry (IUPAC) and the International Union of Pure and Applied Physics (IUAPAP). They've been given temporary names -- ununtrium (113), ununpentium (115), ununseptium (117) and ununoctium (118) -- before their discoverers assign permanent replacements.

The elements are the first to be added to the table since 2011 and collectively polish off the seventh row. All four are "superheavy elements," meaning they've been made artificially and quickly break down into lighter substances. Credit for element 113 was given to a RIKEN team in Japan, while element 118 was a collaborative effort between the Joint Institute for Nuclear Research in Dubna, Russia, and the Lawrence Livermore National Laboratory in California. Those two were joined by the Oak Ridge National Laboratory in Tennessee for the discovery of elements 115 and 117.

For the scientists involved, this announcement is a monumental achievement. Now, however, some truly head-scratching work begins -- they have to come up with new, iconic names for the elements. The IUPAC says they can be based on mythological concepts, minerals, places, properties or scientists. Important decisions, given each will then be etched onto classroom blackboards and books, along with their two-character symbols, for countless minds to learn and memorize.

In this article: chemistry, elements, medicine, periodictable, science
All products recommended by Engadget are selected by our editorial team, independent of our parent company. Some of our stories include affiliate links. If you buy something through one of these links, we may earn an affiliate commission.